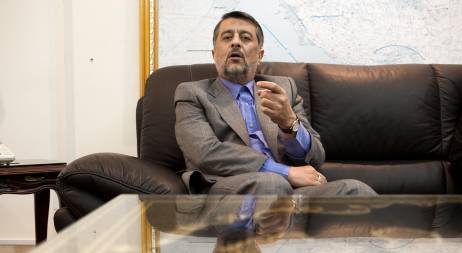 TEHRAN (FNA)- Iranian and Emirati officials in a meeting in Dubai explored avenues for bolstering and reinvigorating bilateral ties in different fields.

During the meeting in Dubai on Friday, Iranian Ambassador to the United Arab Emirates (UAE) Mohammad Reza Fayyaz and Ruler of Umm al-Quwwayn Sheikh Saud bin Rashed al-Mo’ala underlined the need for the further expansion of relations between the two sides.

Iran attaches importance to strengthening ties with the Middle East’s countries in a bid to maintain security in the region.

Salehi had also earlier this year underlined the importance of close cooperation among the Persian Gulf countries in order to maintain regional security and stability.