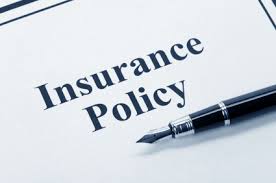 New York state’s top financial regulator has expanded an investigation into reinsurers that might have provided policies on shipments to Iran, a potential violation of new U.S. sanctions, according to a letter posted on its website Wednesday.

Benjamin Lawsky, superintendent of New York’s Department of Financial Services, in June sent a letter to 20 non-U.S. reinsurance companies requesting detailed information on their dealings with entities or people connected to Iran, according to a copy of the letter reviewed by The Wall Street Journal. That move came after a yearlong probe that resulted in Mr. Lawsky’s office saying it uncovered evidence that at least three reinsurance firms had insured shipments to Iran.

Mr. Lawsky sent another letter Wednesday to 20 additional firms and requested detailed information on all policies that may be subject to a U.S. law that went into effect earlier this month.

President Barack Obama in January signed an expanded sanctions law that bans any financial firm that does business in the U.S.—including reinsurers—from providing services to companies that trade with Iran. The law, which took effect July 1, was designed to cripple Iran’s energy, shipping and shipbuilding sectors. The shipping industry relies heavily on insurance and reinsurance companies to reduce the risk of a major loss of ships and cargo.

Mr. Lawsky’s department regulates banks and insurance companies that do business in New York state and are licensed by the department. He has the power to rescind a license from an institution the department finds is in violation of the law.