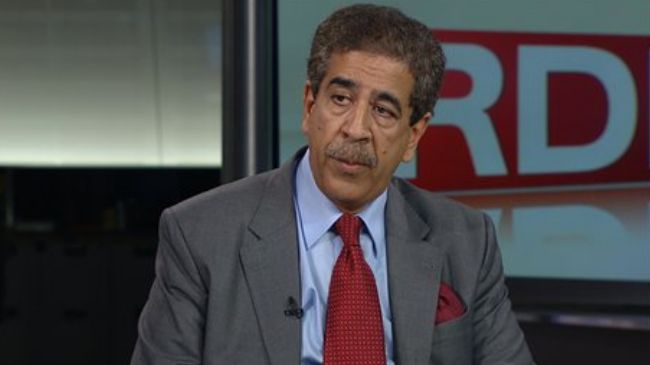 Iran should be part of Geneva 2 talks on Syria: Brahimi’s deputy

The deputy to UN-Arab League Special Representative for Syria Lakhdar Brahimi has stressed the necessity of Iran’s participation in the upcoming Geneva 2 conference on the ongoing crisis in Syria.

During a Thursday meeting with Iranian Ambassador to Syria Mohammad Reza Raouf Sheibani in Damascus, Mokhtar Lamani said that as an influential player in regional developments, the Islamic Republic should take part in the conference.

Lamani expressed concern over the increasing presence of foreign-backed Takfiri groups in Syria, underlining that some parties seek to foment sectarian strife and in the Arab country.

The Iranian ambassador, for his part, stressed the need for the settlement of the crisis through a Syrian-Syrian solution, stating that foreign intervention in the Syria crisis leads to further continuation of the unrest.

Commenting on the forthcoming Geneva 2 talks, the Iranian envoy noted that Iran’s influence on regional and international developments is the main factor which makes the country’s participation in the conference so important.

On May 7, Russia and the US agreed in Moscow to convene an international conference on Syria, which will serve as a follow-up to an earlier Geneva meeting held in June 2012. There are speculations that the conference might be held in September.

On July 23, Brahimi said the United Nations would like Iran to attend the next Geneva conference on the Syria crisis.

The turmoil in Syria erupted in March 2011. The United Nations says at least 100,000 people have been killed since the outbreak of the foreign-sponsored militancy against the Syrian government.

Iran has repeatedly expressed its opposition to any foreign intervention in Syria’s internal affairs, stressing that inclusive dialogue and national reconciliation as well as free elections are key to resolving the unrest in the Arab country.