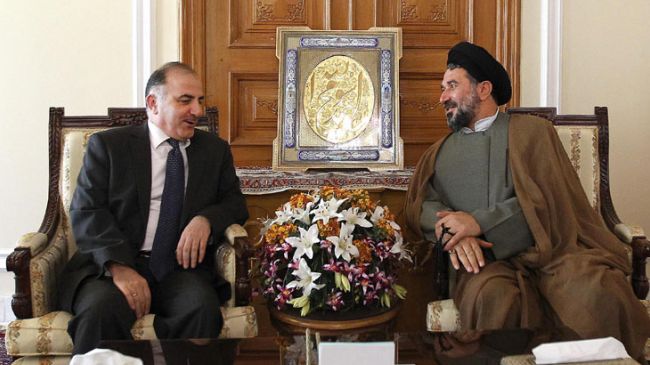 Azerbaijan’s Ambassador to Tehran Javanshir Akhundov has welcomed the promotion of relations between his country and Iran, particularly cooperation in the trade and economic sectors.

The diplomat said the visit will have a major impact on the further development of the ties between the two sides, especially parliamentary cooperation.

Rohani’s inauguration ceremony is scheduled to be held on August 4, one day after his endorsement by Leader of the Islamic Revolution Ayatollah Seyyed Ali Khamenei.

The Iranian lawmaker, for his part, pointed to the significance of the parliamentary ties and the role of friendship groups in boosting reciprocal relations.

Given the numerous historical, cultural and religious commonalities between Iran and Azerbaijan, the strengthening of parliamentary ties as well as growing contacts between the lawmakers of both countries in the form of parliamentary friendship groups will play a significant role in securing the interests of the two nations, Mousavi-Asl added.

The lawmaker said that the expansion of trade and economic ties between Iran and Azerbaijan, in particular among border provinces, was also a key factor in speeding up the growing trend of cooperation between the two countries.

He pointed to the opportunities and challenges in mutual cooperation, adding that the two sides should work together closely to remove the existing obstacles to the enhancement of relations.