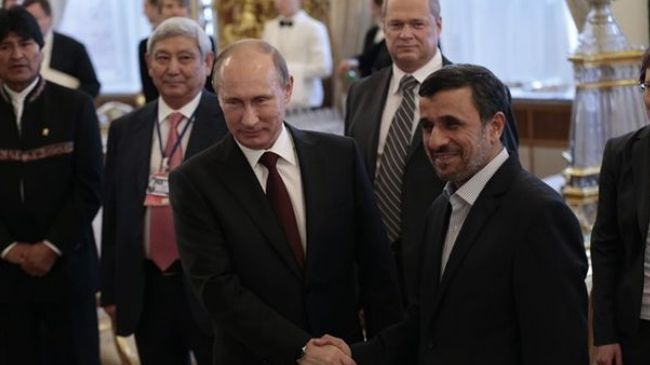 Moscow hopes the visit will provide impetus to restart the currently stalled talks on Iran’s nuclear programme, the newspaper cited sources as saying.

Kommersant cited a source in the Iranian foreign ministry as saying the trip would take place August 12-13. It said a Kremlin source confirmed the trip, but said it was not yet decided whether it would last one or two days.

Western powers have expressed cautious hopes for a change in tone in talks after the June election of Rowhani, a centrist cleric who has vowed to engage constructively with the international community and to ease tensions raised by Tehran’s nuclear ambitions.

Iran is accused by the West and Israel of seeking to produce nuclear weapons under the guise of a civilian atomic programme, while Iran insists it is for peaceful purposes.

It has been slapped with international sanctions over its refusal to suspend uranium enrichment, which have severely hit its economy.

Russia is a member of the so-called P5+1 group that has been negotiating with Iran over the programme and which is made up of the five permanent UN Security Council members plus Germany.
By The Daily Star