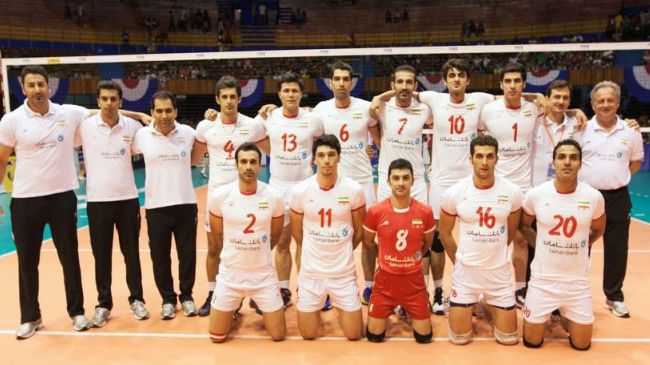 The world ranking of Iranian Volleyball team has been upgraded to the 12th spot following the impressive performance of the squad in recent world competitions.

The Iranian team received 68 points in the new rankings of International Federation of Volleyball (FIVB), reported Monday, moving up two spots in the chart, after performing beyond expectations in its first appearance in the world volleyball championship league.

Meanwhile, Iran is joined at the 12th spot by fellow Asian team Australia.

This is while two other Asian teams, China and Japan, appear in the 16th and 19th spots, respectively, in the new FIVB rankings.

The second-place finisher of the recent competitions, Brazil, however, remains in the top spot in the rankings while the champion Russian team stands at the second spot, followed by the Italian volleyball squad.

The Canadian team, meanwhile, was recognized as the most improved among the top 30 teams, advancing seven steps to the 11th spot.

France, meanwhile, dropped three steps in the latest FIVB rankings, ending up in the 18th spot.