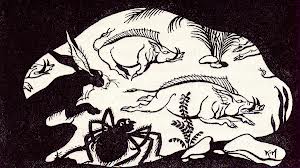 The epic adventures of an Iranian folktale hero will come to life at Massey University’s new Theatre Lab at Albany on July 31.

A Night in Iran, produced and performed by well-known professional storyteller Derek Gordon, who teaches at Massey’s Expressive Arts programme, and Iranian migrant Sanam Vaziri, will offer audiences a rare glimpse into Iran’s legends and rich literary history in a performance of colourful storytelling, traditional songs and music.

A slayer of mad elephants, tamer of wild stallions, warrior in epic battles and seducer of beautiful princesses, Rostam is the central character in a series of 10th century folktales from Iran’s Persian region that are central to the production.

The idea for the performance came about through a chance meeting between Gordon and Vaziri earlier this year at an outdoor opera concert in St Heliers. The conversation quickly turned to Persia’s literary heritage – a subject dear to Vaziri, who moved to New Zealand from Tehran with her family ten years ago.

Under the stars at St Heliers the pair discussed the idea of creating a cultural event during Nowruz (Iran’s New Year) in March, but decided on a later date so they could concoct a fully-fledged production encompassing stories, art, music and food.

Dr Rand Hazou, Lecturer in Theatre with Massey’s Expressive Arts programme at Albany, saw the project as a perfect fit for his vision of the newly launched Theatre Lab as a space for the stories, experiences and voices of Auckland’s diverse cultures to be performed and shared with the wider community.

Gordon, who became New Zealand’s first full-time storyteller in 1981 as Bringwonder the Storyteller, says the Iranian folktales resonate with universal themes – a quest for knowledge, meaning and origins. The romantic legends featured in A Night in Iran predate Iran’s Islamic traditions, giving New Zealand audiences an insight into the rich heritage of the region, he says. And for Iranian migrants, the evening will be a special opportunity to re-connect with an aspect of their identity.

For Vaziri, who studied art at Auckland University, her love of traditional Iranian stories began at a very young age, as her grandfather would read her tales of kings and other classic folktales.

Gordon, who has performed in schools and festivals both nationally and internationally, says the art of storytelling has a unique power to create empathy by communicating across cultures and time zones. “There’s a magnetism in stories with heroic journeys, in love stories, and stories of discovery and realisation. Beauty and wildness co-exist – it’s magic,” he says.

According to the Heritage Institute website, the names Iran and Persia are often used interchangeably to mean the same country. Iran is the legal name and Persia was an ancient kingdom within Iran. Iran came to be known as Persia in the West thanks to classical Greek authors during whose time Persia was the dominant kingdom in Iran.

A Night in Iran will be performed by Sanam Vaziri, Derek Gordon, Azita Kusari, Morteza Hajizageh, with creative production by Dr Rand Hazou. It will run from 6pm to 8pm on July 31 at the Theatre Lab in the Sir Neil Waters Lecture Theatre Building, and Middle Eastern refreshments will also be served.

By University Of New Zeland