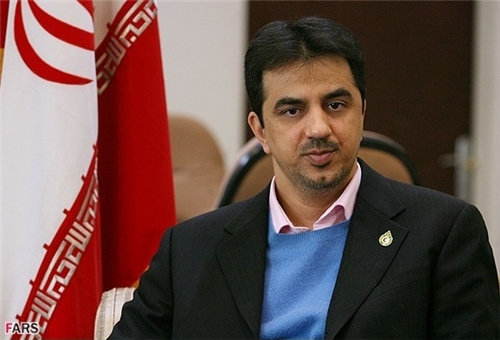 TEHRAN (FNA)- Head of the Middle East and North Africa Office of the International Federation of Red Cross and Red Crescent Societies (IFRC) Alasan Senghore called for the expansion of mutual cooperation with the Iranian Red Crescent Society (IRCS) in Africa.

“Iran has run such good activities in Africa, specially in Somalia, that we are ready to cooperate with Iran even without signing a memorandum of understanding,” Senghore said in a meeting with Head of IRCS Abolhassan Faqih.

Senghore praised the Iranian Red Crescent Society’s programs in the black continent, and said IRCS has done remarkable actions in the Horn of Africa, specially in Somalia, in the last two years.

“We believe that mutual cooperation between Iran’s Red Crescent Society and the IFRC’s office in Africa is a positive and win-win collaboration due to IRCS’s vast and everlasting as well as transient activities in Africa,” he added.

Senghore expressed the hope that after signing an MoU with Iran before the end of 2013, the necessary measures would be taken by Iran to send a team to Africa for mutual cooperation with the IFRC.

Earlier this year, Faqih said that the IRCS has displayed an active role in international and regional rescue and relief operations.

Faqih made the remarks during a meeting with the Chairman of the Standing Commission of the Red Crescent and Red Cross Societies Greg Vickery in Tehran in April.

Faqih said that IRCS has an active role in international arena.

He pointed out that IRCS is ready to attend the General Assembly meeting and Cooperation Council of the society in Sydney, Australia.

He also referred to cooperation between IRCS and international federation of the societies in the level of the Middle-East and North Africa ( MENA) and Asia and said that IRCS had signed an MoU with the federation and also has several joint projects with the International Committee of Red Cross.