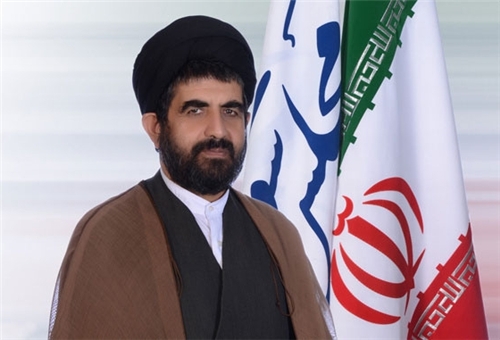 TEHRAN (FNA)- The US-led western sanctions against Iran’s insurance industry have proved ineffective because the Iranian insurance companies have changed pressures and embargos into opportunities.

“The domestic insurance companies undertook to insure oil tankers despite its high risks and the possibility of their failure, and they succeeded,” Seyed Nasser Mousavi Laregani told FNA on Tuesday.

He noted that the West has failed to prevent Iran from exporting its oil by its ban on insurance coverage for oil tankers carrying Iranian crude cargos.

“The sanctions imposed against the insurance industry actually paved the way for the flourishing of Iran’s domestic insurance companies,” he added.

European Union sanctions against Tehran have stopped European insurers, who dominate the marine insurance sector, from offering cover on Iranian crude. The sanctions, which prevent EU member states from purchasing Iran’s oil or extending insurance coverage for tankers carrying Iranian crude, came into effect on July 1, 2012.On August 1, 2012, the US Congress approved more illegal embargoes against Tehran, which seek to punish banks, insurance companies and shippers that help Tehran sell its oil. But the lack of shipping cover has failed to disrupt the flow of Iranian oil to Iran’s major customers in Asia – China, India, South Korea and Japan.

Iran announced in July, 2012 that the country has set up a domestic consortium to provide insurance cover for the oil tankers which carry Iran’s oil for exports.

“A consortium consisting of the internal insurance companies led by Bimeh Iran (insurance company) has been set up to provide insurance cover for the oil tankers which are tasked with exporting Iran’s crude and oil derivatives (products),” Deputy Manager of Bimeh Iran Company for Technical Affairs Siavash Saeedian told FNA last July.

Iran has also voiced preparedness to provide insurance cover for all foreign ships and oil tankers.

In relevant remarks, Managing-Director of the Islamic Republic of Iran Shipping Lines (IRISL) Mohammad Hossein Dajmar also voiced Iran’s preparedness in July, 2012 to provide insurance cover for all foreign and Iranian ships and oil tankers, in a move to push back the US-engineered EU embargos against Tehran, and said Iran has managed to break Europe’s monopoly on the shipping insurance industry.

“The sanction imposed by the foreign insurance firms made us launch Iranian insurance of P&I and this has been gifted to us by the sanctions,” Dajmar told FNA last July.

“Before this, the Europeans had the monopoly of shipping insurances and a few number of countries owned the insurance firms and coverage but we have now succeeded in starting Iranian shipping insurance through government’s cooperation,” he added.