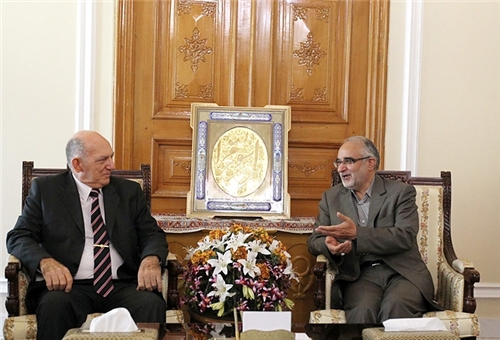 TEHRAN (FNA)- Iranian and Cuban officials in a meeting in Tehran on Tuesday underscored the two countries’ enthusiasm for the further reinvigoration of bilateral relations and mutual cooperation.

“The Islamic Consultative Assembly (the Parliament) supports development and consolidation of all-out relations between the Islamic Republic of Iran and Cuba,” Head of Iran-Cuba Parliamentary Friendship Group Abdolreza Mesri said in a meeting with Cuban Charge d’affaires David Paulovich Escalona in Tehran on Tuesday.

He also said that Iran and Cuba’s abundant commonalities and their common positions and viewpoints on the international issues provide a good opportunity for the further expansion of ties between the two countries.

Paulovich Escalonam, for his part, underlined the Cuban parliament and government’s eagerness to develop all-out relations with Iran in trade, economic and cultural fields.

Iran has sought to expand ties and cooperation with Latin America, specially since President Mahmoud Ahmadinejad ascended to power 8 years ago.

In line with the same policy, President Ahmadinejad has gone on several official trips to major Latin American countries, including Brazil, Cuba, Bolivia and Venezuela.

During his visits, Ahmadinejad has signed numerous agreements with Latin American leaders in a bid to strengthen Iran’s foothold in South America.