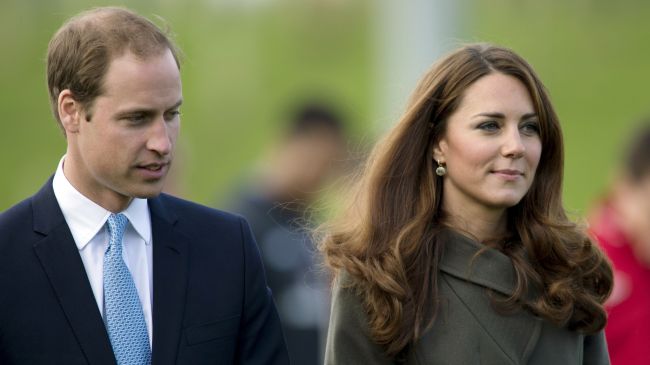 Iran’s Foreign Ministry Spokesman Abbas Araqchi has extended Tehran’s congratulations to the British royal family on the birth of the new prince.

“We congratulate his birth to Her Majesty Queen of England and the country’s Crown Prince…,” Araqchi said at his Tuesday press conference in Tehran.

On Monday afternoon, Duchess of Cambridge Kate Middleton gave birth to a baby boy, who is the third in line to the British throne.

In response to a question about the likelihood of improvement in Tehran-London ties following the new royal birth, Araqchi said, “The various dimensions of relations between the two countries are too extended to be affected by his birth.”

With regard to presence of a UK official in the August 4 swearing-in ceremony of Iranian president-elect, Hassan Rohani, Araqchi said, “We have made no exception with regard to European countries and have invited all of them.”

On July 17, UK Foreign Secretary William Hague told the House of Commons’ Foreign Affairs Committee in the British capital, London, that Britain was ready to improve its relations with Iran “on a step-by-step basis.”

A day later, Iran’s Foreign Ministry said Tehran pursues a policy of expanding relations with all European Union (EU) countries, including the UK, based on mutual interests and respect.

On November 27, 2011, Iranian lawmakers voted by a large majority to downgrade diplomatic ties with the United Kingdom, in response to Britain’s decision to impose sanctions on the Central Bank of Iran, over the allegation that Tehran’s nuclear program may include a covert military agenda.

Two days after the decision by Iran Majlis, hundreds of Iranian students staged a protest outside the British Embassy in Tehran and pulled down the UK flag.

On November 30, London withdrew its diplomatic staff from Iran and the Iranian Embassy in London was closed.