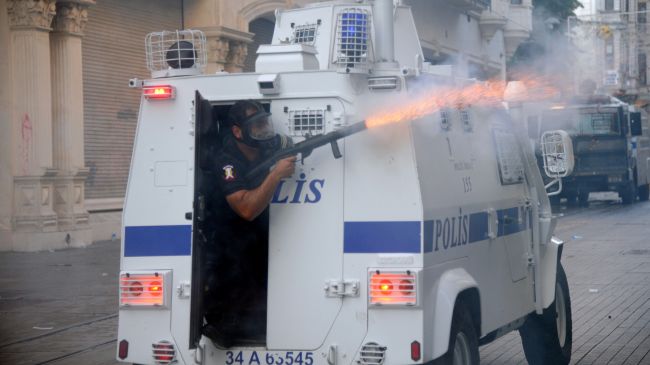 Two female journalists say they were subjected to sexual, verbal and physical abuse by Turkish police for their coverage of nation-wide demonstrations against the government of Recep Tayyip Erdogan, local media says.

She also said that a female officer took her to the bathroom and took off her clothes and hand-searched her.

“When I objected, she said, ‘What did I do? Did I torture you? Did I put handcuffs on you?’ as if nothing happened,” Otkan added.

Similar things happened to Demir, who said, “The police took off my T-shirt, hand-searched between my breasts, my genitalia. When I said, ‘You cannot do that, I am a journalist,’ she told me, ‘You are wolves in journalists’ clothing.”

The two women said the search continued until 6 p.m.

Demonstrations erupted in late May after police broke up a sit-in at Istanbul’s Taksim Square in protest against a proposal to demolish Gezi Park.

Erdogan, whose government is the main target of protests, has described the demonstrators as foreign-backed extremists and terrorists.