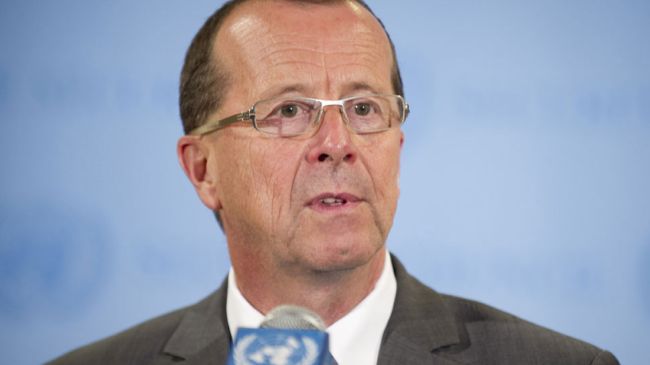 Addressing the UN Security Council On Tuesday, Kobler said, “Of increasing concern are the human rights abuses in Camp Hurriya itself by the camp leadership. Hundreds of daily monitoring reports suggest that the lives of Camp Hurriya (formerly known as Camp Liberty) members are tightly controlled.”

“A significant number of residents have reported to UN monitors that they are not free to leave the camp, to participate in the resettlement process offered by the United Nations High Commissioner for Refugees (UNHCR), to contact family members outside Iraq or to have contact with other relatives even within the camp itself,” the UN special envoy to Iraq added.

The UN envoy added that some MKO members had complained about being deprived of medical treatment by the group’s leaders.

The MKO – listed as a terrorist organization by much of the international community – fled Iran in 1986 for Iraq, where it received the support of Iraq’s executed dictator Saddam Hussein, and set up a camp (Camp Ashraf) near the Iranian border.

In December 2011, the United Nations and Baghdad agreed to relocate some 3,000 MKO members from Camp New Iraq, formerly known as Camp Ashraf, in Diyala Province, to Camp Hurriya – a former US military base near Baghdad International Airport.

The UN seeks to relocate the MKO members to third countries as part of its agreement with Baghdad to facilitate the group’s complete exit from Iraq.

Kobler said in June that 71 members had been transferred to Albania, and Germany had also proposed to accept around 100 members.

The group is notorious for carrying out numerous terrorist acts against Iranian civilians and officials.

Tehran has repeatedly called on Baghdad to expel the terrorist group, but the US has been blocking the expulsion by pressuring the Iraqi government.