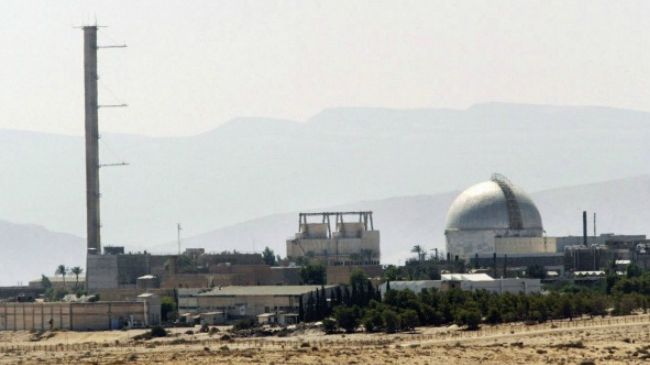 A senior Iranian lawmaker has called on the signatories to the Non-Proliferation Treaty (NPT) to lodge complaints against Israel in connection with the Zionist regime’s threatening nuclear arsenals.

“The Zionist regime, possessing at least 200 nuclear warheads and refuses to be accountable to relevant bodies such as the International Atomic Energy Agency (IAEA), [thus] posing a major threat to peace in the Middle East,” said Chairman of Iran Majlis National Security and Foreign Policy Committee Alaeddin Boroujerdi on Tuesday.

“The countries committed to the NPT should constantly file complaints with international bodies against the Zionist regime and demand that the Agency to seriously deal with this center of nuclear threat in the Middle East,” the Iranian lawmaker added.

The Israeli regime is widely believed to be the sole possessor of nuclear weapons in the Middle East, and has invariably refused to either allow inspections of its nuclear facilities or join the NPT.

The Iranian lawmaker lashed out at Israeli Prime Minister Benjamin Netanyahu for his recent anti-Iran rhetoric, saying, “The red lines which Netanyahu draws for Iran have made him the laughing stock of the entire world.”

“How can this [Israeli] regime which has no commitment to the international community and is not a signatory to the NPT make hostile remarks about a country like Iran?” Boroujerdi asked.

In a Sunday interview on CBS News’ “Face the Nation,” Netanyahu threatened to take unilateral action against Iran over the country’s nuclear energy program.

He repeated Israel’s allegations that Iran is “edging up to the red line” to build a nuclear bomb and noted, “I won’t wait until it’s too late.”

Netanyahu also insulted Iran’s president-elect Hassan Rohani and said his strategy is to “be a wolf in sheep’s clothing – smile and build a bomb.”

The US and Israel have repeatedly threatened to take military action against Iran in order to force the Islamic Republic to halt its uranium enrichment program, which Washington and Tel Aviv claim includes a military component.

Iran rejects the allegation, arguing that as a committed signatory to the NPT and a member of the IAEA, it has the right to use nuclear technology for peaceful purposes.

In addition, the IAEA has conducted numerous inspections of Iran’s nuclear facilities but has never found any evidence showing that Iran’s civilian nuclear program has been diverted toward military purposes.