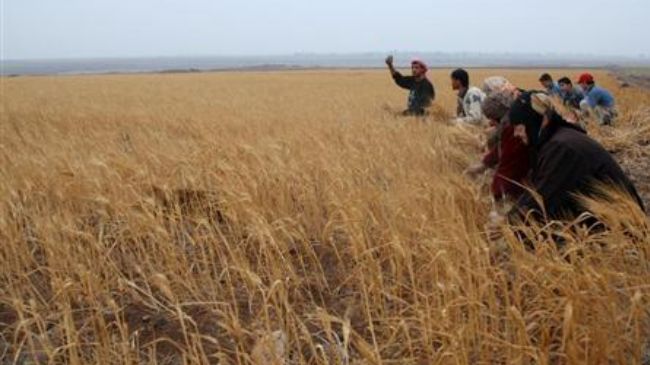 In Syria, people have been dealing with growing cost of living, more than two years after the unrest broke out in the Arab country, Press TV reports.

“The prices are unbelievably high. My family is small and I barely buy my basic food needs. The government raised the salaries, but it is not enough. So, we are coming to government markets where there are sales,” a Syrian man said.

Besides the foreign-backed armed conflict in the country, the current situation is also being blamed on sanctions imposed by the Arab League and some regional and western nations.

In some instances, the price of basic food materials have doubled and tripled.

Foreign-backed militants have also sabotaged a number of major factories in Aleppo.

Experts say the rise in prices is also the result of goods in high demand being sold at unrealistic prices.

Foreign-sponsored militancy in Syria has taken its toll on the lives of many people, including large numbers of Syrian soldiers and security personnel, since March 2011.

Western powers and their regional allies including the Israeli regime, Turkey, Saudi Arabia and Qatar are partners in supporting anti-Syria militant groups, including al-Qaeda-linked terrorists, to destabilize Syria and overthrow the Syrian government.