Iran-Afghanistan ties unique in the region 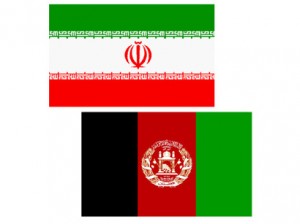 He made the remarks in his weekly press conference here.

Referring to the abundant cultural, religious and language affinities between the two countries, Mosazai called for enhanced bilateral ties during the new Iranian Presidents tenure.

He appreciated Iran’s support for Afghan government and its principled stand on peace talks in Afghanistan.

On Afghan Deputy Foreign Minister for Political Affairs’ recent visit to Iran, Mosazai said that the Afghan official had conferred with high-ranking Iranian officials on coordination about Afghan refugees living in Iran.

He said that a joint committee has been set up to pursue the exchange of prisoners between the two countries, expressing hope for solving this issue through consular cooperation.

On the hanging of Afghan drug dealers in Iran, he said that Iran fairly tries smugglers, regardless of their nationality.

Mosazai also touched on security deal between US and Afghanistan, saying that the deal is still suspended, since the US has not fulfilled its written guarantees about Taliban’s new office in Qatar.

The opening of Taliban’s office in Qatar following secret negotiations between members of the militant group and US officials, irrespective of Kabul’s views, led to Afghan’s anger and suspension of Kabul-Washington talks on security deal.