US lawmakers call for penalizing Argentina over Iran ties 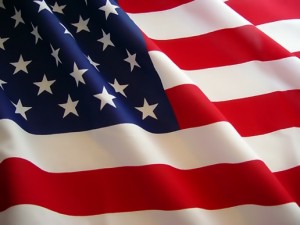 WASHINGTON — A number of lawmakers in the US House of Representatives listed Argentina’s conciliatory approach to Iran among reasons to penalize the country economically.

In separate letters, slates of lawmakers wrote John Kerry, the secretary of state, and Eric Holder, the US attorney general, asking them to reconsider a decision to back Argentina’s appeal to the US Supreme Court to reconsider lower court rulings ordering Argentina to come to an agreement with debtors from the country’s 1999-2002 economic crisis, when it defaulted on billions of dollars in debt.

Each letter cites Argentina’s recent improvement in relations with Iran, particularly its recent agreement with that country to resolve the issue of the 1994 bombing of the AMIA Jewish community center through a truth commission.

“We find it extremely troubling that Argentina would be aiding and abetting any process designed to allow Iranian senior officials to rewrite history and disavow the findings from extensive judicial investigations and indictment of senior officials for their role in the 1994 AMIA bombings,” said the July 10 letter to Kerry.

The letter to Holder focuses more on what it depicts as Argentina’s bad faith in dealing with debtors, but also notes increased trade with Iran and the AMIA commission.

Both letters, first reported by the Washington Free Beacon, are top-heavy with Republican signatories, although two Democrats also signed: Rep. Grace Meng (D-N.Y.) is one of five members to sign the letter to Kerry, which was spearheaded by Rep. Michael McCaul (R-Texas), the chairman of the Homeland Security Committee; and Meng and Rep. Albio Sires (D-N.J.) were among 12 signatories on the July 11 letter to Holder, spearheaded by Rep. Matt Salmon (R-Ariz.), the chairman of the House’s Western Hemisphere subcommittee.