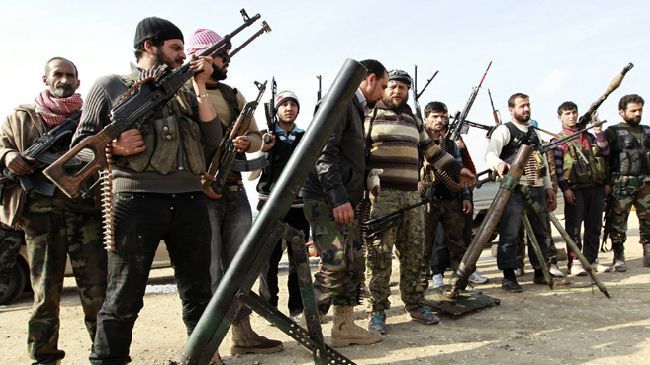 Iran and Russia have underlined the need for promptly holding the upcoming Geneva talks to help find a political solution to the Syrian crisis despite opposition from the so-called Syrian National Coalition (SNC).

During a meeting between Russian Deputy Foreign Minister Mikhail Bogdanov and Iranian Ambassador to Russia Mahmoud Reza Sajjadi in Moscow on Friday, the two sides exchanged views on the latest developments in Syria.

They called for holding the Geneva 2 conference as soon as possible, and expressed Tehran’s and Moscow’s strong opposition to foreign interference in Syria’s domestic affairs.

Ahmad Assi Jarba, the new SNC leader, said on July 7 that the foreign-backed opposition group would not attend the conference unless the militants make military advances on the ground first.

On July 5, Russian Deputy Foreign Minister Gennady Gatilov said that Moscow is strongly opposed to a repetition of the Libya scenario in Syria and believes that representatives of all Syrian parties, as well as neighboring countries and Iran, should attend the upcoming Geneva talks on the Syrian crisis.

On June 5, Bogdanov renewed Moscow’s call for Iran to be invited to the Geneva 2 talks.

“This is a matter of principle because the composition of the conference should be balanced,” he said.

Bogdanov acknowledged Washington’s opposition to inviting Iran to the peace conference but insisted that Iran’s absence in the Geneva 1 talks last summer “was a mistake and it should not be repeated.”

On May 28, Russian Foreign Minister Sergei Lavrov emphasized the necessity of Iran’s attendance at the upcoming talks in Geneva. “The issue of Iran is key for us. Iran, without question, is one of the most important nations,” he said.

The Syria crisis began in March 2011, and many people, including large numbers of government forces, have been killed.

The Syrian government says the West and its regional allies — especially Qatar, Saudi Arabia, and Turkey — are supporting the militants.