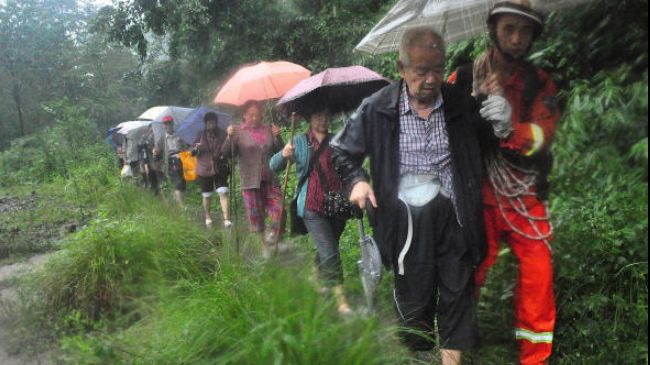 At least 44 people have been killed and millions more affected as floods and landslides continue to wreak havoc in several regions of southwestern China.

Chinese Ministry of Civil Affairs said on Thursday the devastating floods, triggered by four days of nonstop torrential rains, have also left over 60 others missing.

Thousands of people have been forced to leave their homes over the past days. Heavy downpours have also cut off access to many roads and destroyed hundreds of homes in the region.

Meanwhile, the state news agency Xinhua reported that 352 tourists have been rescued from the area since Wednesday night.

More than three million people in 16 provinces, autonomous regions and municipalities have been affected by severe weather conditions.

The southwestern province of Sichuan is among the worst-hit. Many of the casualties in Sichuan were due to a massive landslide that struck a scenic resort outside the city of Dujiangyan.

Bridges have been closed and train service suspended in the worst-affected areas.

Mudslides and flooding are common in China’s mountainous areas, killing hundreds of people every year.