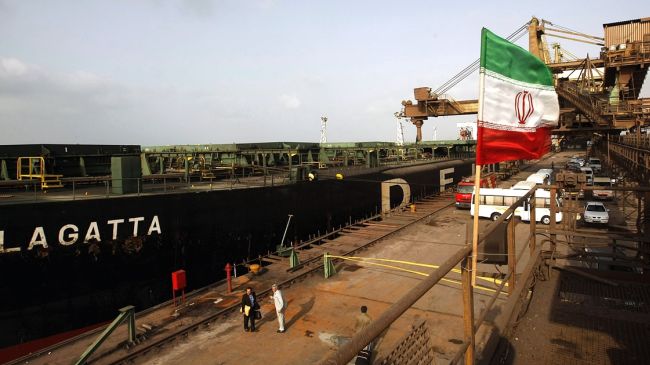 A file photo of a dry dock in south Iran

Iran’s President Mahmoud Ahmadinejad has inaugurated the country’s biggest dry dock in the southern province of Hormozgan for the maintenance of Iran’s ocean-going vessels.

The project, situated in the port city of Bandar Abbas, about 1,320 kilometers (820 miles) south of Tehran, was inaugurated on Thursday.

The Bandar Abbas dry dock was constructed at a cost of USD 443 million, which was entirely financed by Iran Shipbuilding and Offshore Industries Complex Co. (ISOICO).

The project has created 5,000 direct jobs and is expected to create almost 40,000 indirect jobs through its contribution to the development of affiliated industries in the province.

The dry dock will enable Iran to earn 300 million euros per annum by building two oil and gas tanker ships and overhauling at least 17 other vessels per year.

The Islamic Republic of Iran has achieved significant progress in marine and shipbuilding industries in recent years and has developed several domestic and international projects.

In one of its latest shipbuilding projects, Iran has completed the building of the first Aframax tanker for the Venezuelan national oil company, PDVSA. Iranian Vice President for International Affairs Ali Saeedlou told reporters in Moscow on July 1 that the tanker will be delivered to the Latin American country soon.

The vessel was one of the four tankers ordered by the Venezuelan company and built by Iran Marine Industrial Company (Sadra).