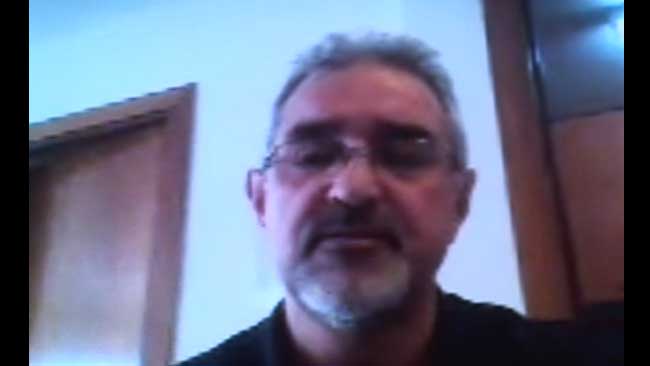 This file photo shows Iranian engineer Alireza Valadkhani, who is under house arrest in Spain.

A Spanish appeals court has rejected a request by Iranian engineer Alireza Valadkhani to lift his house arrest and return his passport under a conditional release term.

Valadkhani, who was the managing director of private Iranian helicopter service company Heli Kish, was arrested in Spain in 2011. He had traveled to the European country to visit a company on the outskirts of Madrid, where three Bell 212 Helicopters were undergoing repair.

The 54-year-old Iranian national was arrested by Spanish police on the charge of attempting to violate UN sanctions against Iran.

Since he has been under house arrest for more than two years and no date has yet been set for a court hearing to review his case, the Iranian engineer submitted a request to the court through his lawyer, pointing out that even if he was found guilty of the alleged charge, his prison sentence would not be more than two years according to law.

Also considering the fact that he has posted a EUR 500,000 bail, and has been deprived of his basic citizenship rights because his passport has been taken away, he requested that the court return his passport to him so that he can return to Iran and visit his family until a court hearing is scheduled.

The officials of the Spanish company, who were also arrested along with Valadkhani, were released without posting bail a long time ago. Valadkhani was released from primary solitary confinement and was put under house arrest only after posting the 500,000-euro bail.

In a February interview, Valadkhani complained about his daily life restrictions in a country like Spain because he is not holding a passport or a residence permit, noting that he has been denied all social rights and services including health insurance coverage, a bank account, a work permit, the right to travel out of the capital and other basic human rights.

The Iranian businessman also said he was shouldering the heavy financial burden of the proceedings on his own.