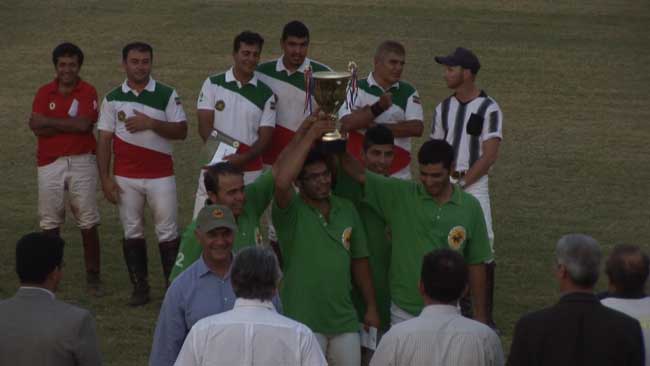 Polo, an ancient Persian sport that’s been pretty much forgotten until very lately, is getting some new life. Known as Chogan in Persian, the game was played in ancient Persia more than two thousand years ago.

Sometimes called the Game of kings, Polo is a sport that’s being revived in its birthplace Iran and not for kings this time around but for ordinary people. Talking about revival, the 5th Tehran province polo tournament held in July was exactly that. Two weeks of games in Tehran province, a competition that for some traces back to their roots.

Although many countries in Asia claim to be the origins of this sport, the earliest records of polo are Persian, and the art and literature of this land are one of its proofs.

For many polo players the main square in Iran’s historic city of Isfahan is a place to visit, especially because of its stone goal posts 7.3 meters apart, still the regulation width of a polo goal.

Today numerous tournaments are held in Iran for both men and women. A tournament I watched was men’s team in Tehran. And one of their coaches and also the umpire Martin told me today this is a game for all and these tournaments are breathing a new life into this sport.

Iran’s polo Federation is also trying its best to bring more life to this sport, with polo schools and more tournaments like this over the past decade, says Hamzeh Ilkhanizadeh from Iran’s Polo Federation.

Polo clubs in Iran are also getting professional polo players like Australian Martin Ingham to come over and help out with the game.

These games have come to an end in Tehran, but there’s much more of this sport in the making.