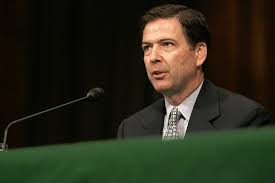 WASHINGTON (AP) — From surveillance to sensitive criminal investigations, the Obama administration’s nominee to become the next FBI director, James Comey, would be stepping into the job at a critical time for the bureau and its 13,000 agents.

Comey spent 15 years as a federal prosecutor before serving in the George W. Bush administration, where he is best known for facing down the White House over a warrantless surveillance program. The White House made changes in the program when Comey and current FBI Director Robert Mueller threatened to resign.

Civil liberties groups are expressing concerns that Comey signed off on abusive CIA interrogation techniques for terrorist suspects during the Bush administration.

“We urge the Senate to determine the full extent of Mr. Comey’s role in the approval and use of torture and abuse before voting on whether to confirm him,” seven civil liberties organizations wrote last week to Leahy and the panel’s top Republican, Sen. Chuck Grassley of Iowa.

The Judiciary Committee will also question Comey about the latest surveillance controversy: the National Security Agency’s mass collection of phone and email records.

In the aftermath of the uproar over NSA spying, Leahy has introduced legislation that would improve privacy protections and strengthen oversight and transparency provisions in U.S. surveillance programs.

“I have long been troubled by the expansive nature and scope” of U.S. surveillance, Leahy said in a Senate floor speech two weeks ago.

The FBI is investigating Edward Snowden, the former NSA systems analyst who has admitted leaking details of the surveillance programs to the news media. Snowden is charged with two violations of the Espionage Act and theft of government property. To date, he has stayed out of the government’s reach. He is believed to have been holed up in the transit area of Moscow’s main airport since he suddenly appeared there on a plane from Hong Kong two weeks ago.

Civil liberties groups on Monday called on the government to release any reports by the Justice Department’s inspector general on the collection of Americans’ telephone records. If the inspector general has not previously reviewed the program, “We ask that it do so now,” the groups said.

On a separate surveillance issue, Mueller told Congress last month that the FBI on rare occasions uses unmanned drones for domestic surveillance. The disclosure has prompted questions from members of Congress in both parties.

Meanwhile, the FBI has been conducting investigations of the Boston Marathon bombings and the attack at Benghazi, Libya, last year that killed four Americans. The Boston bombings probe resulted in a 30-count indictment against suspect Dzhokhar Tsarnaev. The Benghazi probe is ongoing.

After leaving the Justice Department, where he served as the agency’s No. 2 official, Comey was senior vice president and general counsel at defense contractor Lockheed Martin. He later became general counsel at hedge fund Bridgewater Associates. His financial assets include $5.2 million in securities and a home in Westport, Conn., valued at $3 million, according to financial statements filed with the Senate.