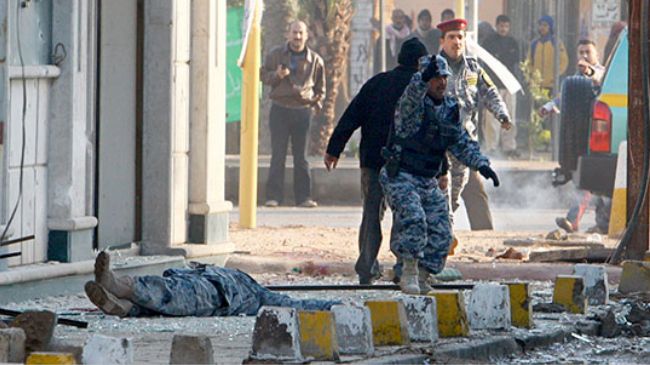 Unidentified gunmen have shot dead a police officer and his four family members in the southern Iraqi city of Hilla, according to security and medical officials.

The assailants broke into the officer’s house late on Sunday, held him and his mother, wife and two children in one room before shooting them multiple times.

According to a military source, the attackers were driving a private vehicle.

No group has claimed responsibility for the attack, but police officials say the prime suspects are al-Qaeda-linked militants, who have carried out similar attacks in the past.

“When we arrived after the neighbors called us, we found all the bodies in one room. Each one had many shots in different parts of his or her body,” said a military officer who was at the scene.

“The officer got a dozen shots and his body was torn apart,” he added.

Iraq has seen a surge in violence since the start of the year, with the UN reporting that more than 2,500 people were killed from April through June, the highest level since 2008.