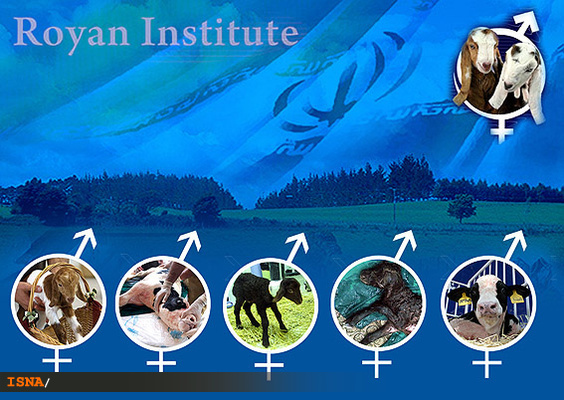 The method has been patented and known as Rouyan, he said, adding, “Earlier, we could raise cloning speed by 10 times jointly with researchers from Australia and New Zealand. We designed the simplified the method which can remove a large number of egg nucleus for cloning in 10 minutes.”

He further added cloning is one of the best methods for producing transgenic cells by which genetics engineering can be fully conducted.

According to Esfahani, many of methods used before failed to do well for recombinant animals. Transfer of mice gene to the cell nucleus among livestock such as cow and goat is not possible because of their pigments and it works well only in cases of mice.

He also said the institute has produced Factor 9 Protein and tissue plasminogen activator in the milk of transgenic goats and it will go ahead with the project to boost its efficiency.

He added there are a large number of second and third generations of transgenic goats with Factor 9 Protein which can be used for drug production.

According to Esfahani, Rouyan now is in possession of all proteins required by Iranian biotechnologists.