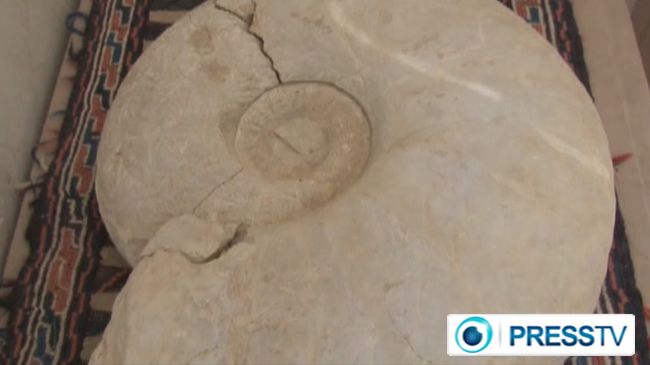 The photo shows a 70-million-year-old fossil discovered in northeastern Iran.

An Iranian farmer has found a 70-million-year-old fossil in the city of Shirvan in the northeastern province of North Khorassan.

Morteza Hemmati stumbled upon the Ammonite fossil while digging around his farm.

The fossil, which weighs about fifteen kilograms, belongs to the second geological period or the Mesozoic Era. It fits in the category of Cephalopods and octopuses.

Ammonites are a group of marine invertebrate animals, which became extinct along with most dinosaurs over 60 million years ago.

Ammonites are excellent index fossils, and it is often possible to link the rock layer in which a particular species or genus is found to specific geological time periods.