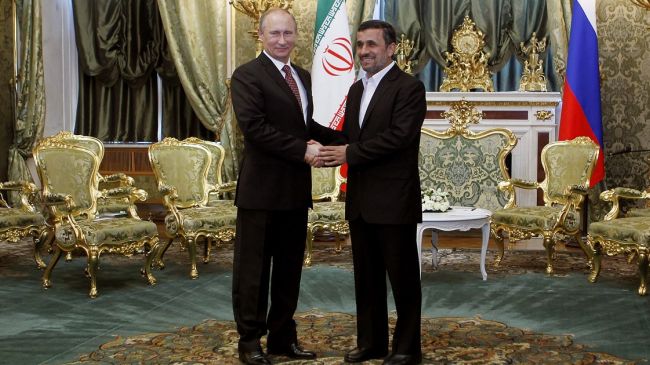 During a Tuesday meeting with Putin in the Russian capital, Moscow, the Iranian chief executive presented the device as a technological gift from the Islamic Republic to Russia.

The apparatus has been designed and developed by Iranian experts, and only a limited number of developed countries, including Germany and the United States, have the device’s know-how.

The system can be applied for sophisticated brain and ENT (Ear, Nose and Throat) operations with high precision. It also provides surgeons with a detailed environment by enabling them to observe microscopic images on the screen.

Ahmadinejad was in Moscow to attend the 2nd Summit of the 13-nation Gas Exporting Countries Forum (GECF).

Iran has made great strides in science and technology, particularly in medical and medicinal fields in recent years.

According to the latest statistics released by the Scopus database, Iran ranked 17th in terms of science production in the world in 2012 and fixed its top position in the region, above Turkey.

Iran ranked first in scientific growth in the world in 2011, according to the statistics published in the journal Nature.