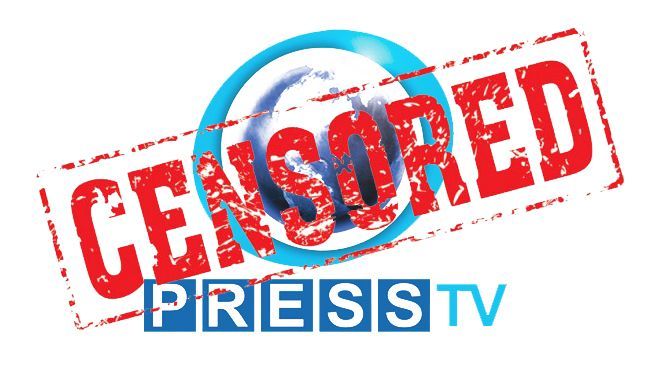 Press TV has talked with Raza Kazim, with the Islamic Human Rights Commission from London to share his ideas on the issue of the Western powers taking Iranian media off the air in their respective countries while hypocritically claiming they actively support freedom of speech. What follows is a rough transcription of the interview.

Press TV: Let us look at this situation. Iran has continually said that these sanctions against its media goes against international law, including article 19 of the Universal Declaration of Human Rights, which says that there must be freedom of expression and that information must be free to impart and to receive.

Do you think that now, since ITSO (International Telecommunications Satellite Organization) has demanded talks, that perhaps they are also reaching the same conclusion?

And I think it is about trying to make sure that that hegemony is maintained and whether this particular incident of whether it is re-looked at or whether it is reconsidered, we need to understand the direction and the narrative of the American and the British government and what they are trying to do.

And I think what we need to try and also recognize is that they want to try and follow in the footsteps of I think Nazi Germany, Joseph Goebbels, etc. that if you tell the lie often enough and the lie is big enough and you repeat it enough times, then it is possible that the public will actually believe it. And I think it is that kind of thing that needs to be challenged via TV outlets like Press TV, which is providing an alternative.

And it needs to recognize where we stand in all of this, you know, you asked at the top of the program whether freedom of speech is being practiced and whether they are going to carry that out, well, no they’re not and, you know, we have seen that in Britain that has certainly been done where it has been taken off the Sky platform.

Kazim: Quite simply they are afraid of the truth. They are afraid of an alternative point of view that challenges the oppression that they are actually carrying out within the United States, within Europe and in the rest of the world and the fact that this has been exposed at an unprecedented level is problematic for them.

They want to try and limit, they want to try and narrow all the frames of reference and parameters down so that it is something that they have total and absolute control over. It’s about telling the lie repeatedly so that the people will begin to believe their lie.

If you have another voice that is saying something quite different, plausible, logical, then it becomes very problematic for them because they then have to try to work around that.

Now we have seen that this is something that the Americans…, you know, this is not anything new, this has been going on for years, their attempt to, actually, try to do this. In Britain they have successfully managed to do it and …

What they have been used to is that 30 years down the line when their archives are allowed to show what happened 30 years ago and all the injustices that they committed 30 years ago or 50 years ago, then it would be too late for foreign governments or their own British people to actually recognize the injustice that had been carried out.

Press TV: It very much reminds me of thought police when we look at, for example 1984 and so many other books or movies about this.

How close does it seem to you? Because you are also living in the West, you are living in London, does it appear that many of these Western nations are going towards fascism?

Kazim: I think one of the things that we need to recognize is that there has been a huge movement in terms of how the political landscape towards a right. And you know, people often talk about the English Defense League, etc. as being the problem, but the real problem is the successive British governments and what they have allowed, these symptoms to creep up.

But the issue that we need to understand is about…, you know, the previous guest was actually talking about ‘thought thuggery’, and he has talked about different American channels having positions. Now, one of the quite interesting positions within the UK is of a channel within the UK who likes to pretend that it does not, actually, have a position, that it is not, actually, promoting a particular point of view or a particular position and tries to hold that kind of neutral position where this is what we are presenting, this is facts, this is analysis and this is actually what is going on.

And that is the most dangerous, in some ways, kind of stuff that is being done because it is actually…, sometimes people get fooled by that rhetoric that is put out by the BBC, to actually, say that what they are saying is completely neutral and we are just analyzing the facts as they are being presented to us.

When you have that kind of dress being adorned by the BBC in this blatant way and because people are not aware of certain facts or certain figures or certain things that are going on, it’s very easy to take the people in a particular direction and I think that in itself is, again, part of that thought thuggery process that is actually going on, where it’s not being done blatantly, but it is something that is being done gradually.