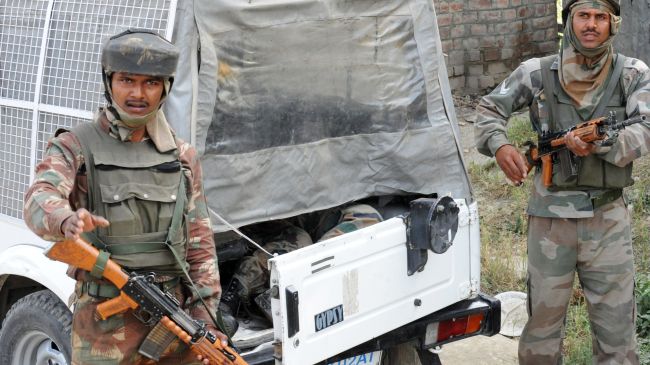 The people of Indian-administered Kashmir have held a complete shutdown strike in response to the killing of two youth by the Indian army in the disputed Himalayan Valley.

On Monday, almost all educational institutions, banks, private offices and businesses remained closed, and traffic stayed off the streets in Srinagar and some other major towns of the Kashmir Valley.

The development came after two young persons were shot dead by Indian forces in the Bandipora District of the violence-wracked valley on Sunday. The killings triggered huge protests and angry demonstrators chanted slogans against the Indian army.

Contingents of Indian forces have been deployed in parts of the region to prevent more protest rallies. Indian troops are accused of grave human rights violations in the region.

Authorities have also deployed large police and paramilitary troops in most parts of the capital, Srinagar, to prevent fresh street demonstrations.

Indian troops are also in constant clashes with the militants seeking independence in the area. On June 24, a daring attack by the separatists left at least eight Indian soldiers dead and injured several others in the troubled region.

The government forces have responded by imposing curfews and restrictions on the movement of people.

Kashmir lies at the heart of more than 60 years of hostility between India and Pakistan. Both neighbors claim the region in full but have partial control over it.

The neighbors agreed on a ceasefire in 2003 and launched a peace process the following year. Since then, there have been sporadic clashes, with both sides accusing the other of violating the ceasefire.

Thousands of people have been killed in Kashmir over the past 20 years.