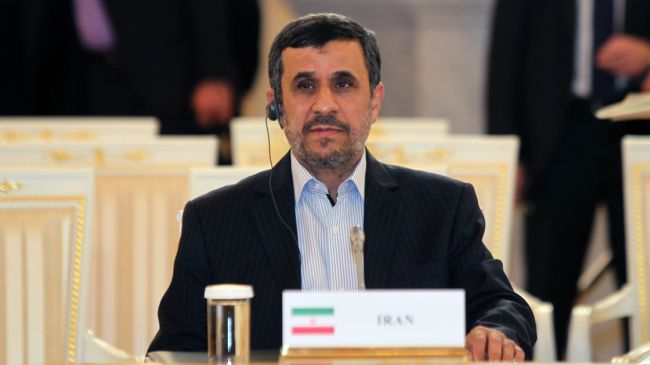 Iranian President Mahmoud Ahmadinejad has called on gas producers to define pricing mechanisms in a bid to set fair prices for this vital source of energy.

“Clear pricing mechanisms for different types of gas should be defined, approved and jointly implemented,” Ahmadinejad said in an address to the 2nd summit of the Gas Exporting Countries Forum (GECF) in Moscow on Monday.

“Fair price and supply of different sources of energy especially gas will tackle inequalities and prepare the grounds for the elimination of opportunism and dominance,” he added.

Ahmadinejad urged exchange of technical and executive experience among the GECF members in the fields of gas recovery, refining and conversion as a ground for constructive and joint cooperation.

“Joint investment and cooperation in [gas] exploration and production should be increased among [GCEF] members and a plan should be envisaged to help countries poor in fossil energy through working out a clear mechanism,” Ahmadinejad stated.

He added that energy, particularly fossil energy, is the most important economic factor in the world which plays a determining role in the regulation of market and even in strategic and international policymaking.

The Iranian president said that some countries are trying to seize the world’s mines and resources and impose their desired prices on the global market through unilateral sanctions and political pressure.

He noted that GECF countries are in possession of huge resources of energy, particularly gas, and called for “global and targeted collaboration” to restore their nations’ rights.

The Iranian president arrived in Moscow on Monday to partake in the 2nd GECF summit and hold talks with foreign counterparts including Russian President Vladimir Putin.

GECF’s potential rests on the enormous natural gas reserves of its member countries, which account for some 62% of the world’s proven natural gas deposits.