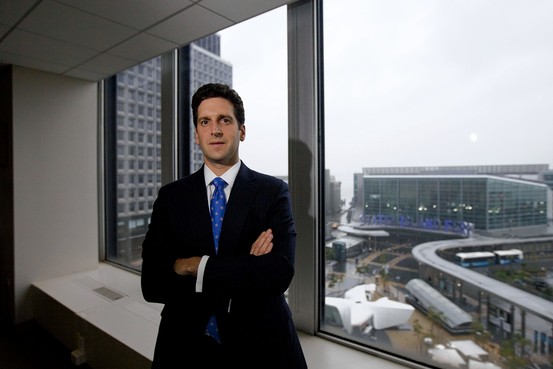 Insurers warned on links to Iran

New York’s finance regulator is setting his sights on the world’s reinsurance firms, alleging some of them may be involved in practices that won’t comply with pending U.S. laws against doing business with Iran.

A yearlong probe by Benjamin Lawsky, superintendent of New York’s Department of Financial Services, has uncovered evidence that at least three non-U.S. firms insured shipments to Iran, according to people with knowledge of the investigation. As a result of the probe, Mr. Lawsky last week wrote to 20 non-U.S. reinsurance companies requesting detailed information on their dealings with entities or people connected to Iran, according to a copy of the letter reviewed by The Wall Street Journal.

Mr. Lawsky’s office sent the letter to some of the world’s largest reinsurance companies, including Swiss Re AG, Hannover Re SE and Lloyd’s of London. However, the letter didn’t name the three firms that allegedly insured the shipments. Reinsurance firms provide backup protection to insurance companies seeking to offset their risk.

A Lloyds spokeswoman said the company “will comply with any applicable sanctions, as it always has done.” A Swiss Re spokesman in the U.S. wasn’t able to get comment from headquarters. Hannover Re didn’t respond to requests for comment.

President Barack Obama in January signed an expanded sanctions law that bans any financial firm that does business in the U.S.—including reinsurers—from providing services to companies that trade with Iran. The law was designed to cripple Iran’s energy, shipping and shipbuilding sectors, which contribute to the country’s nuclear-proliferation activities. The shipping industry relies heavily on insurance and reinsurance companies to reduce the risk of a major loss of ships and cargo.

The new law, which goes into effect Monday, applies to any foreign firm doing business in the U.S., even if the activities aren’t in violation of rules in the firm’s home country or region. Mr. Lawsky’s letter stated that a firm found to be in violation of the law would be subject to U.S. sanctions. A ban from conducting business in the U.S. would be the most extreme punishment. The firms also could be fined or pushed to reform operations.

The three firms that allegedly insured the shipments to Iran would be in violation of the new law only if the insurance policies extended beyond July 1, when the law goes into effect, said the people familiar with the probe.

The new law could put billions of dollars at stake. Non-U.S. reinsurance firms issued $400 billion of premiums last year and 40% to 60% of that business came from the U.S., according to reinsurance broker Aon Benfield.

Mr. Lawsky plans to expand his investigation in the next few months to include U.S. reinsurance companies, said people familiar with his plans. He also plans to ask other regulators to join his effort, they added.

The evidence that Mr. Lawsky obtained on the three firms allegedly ties the reinsurers to deals for shipments of alumina to Iran by trading firms Glencore Xstrata PLC and Trafigura Beheer BV, according to the people familiar with the probe.

The letter said Mr. Lawsky’s office has evidence of a claim for a metal-products shipment submitted by a company based in Iran to a company based in Europe. The policy was issued by a group of European firms, the letter said. “While any claim under the policy may not violate the sanctions regime in relevant countries, the policy and resulting claim payment would likely violate” the new U.S. sanctions law, the letter stated.

The letter, sent on June 25, requests that all 20 companies provide by July 15 detailed copies of all policies issued to Glencore Xstrata and Trafigura. It asks that the firms explain in detail their policies for complying with the new sanctions, and that the firms list all instances in which they denied a policy because it didn’t comply with sanctions.

As well, the letter requests a list of any insured firm that any company officials suspect may be doing business with Iran or a person affiliated with Iran.

Mr. Lawsky’s department regulates banks and insurance companies that do business in New York state and are licensed by the department. He has the power to rescind a license from an institution the department finds is in violation of the law.