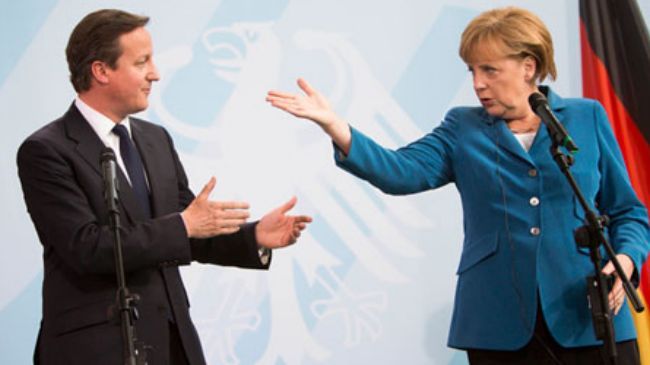 Germany to charge UK, US over spying

Germany Federal Prosecutor’s Office says it is preparing to bring charges against US and British intelligence agencies over large-scale spying operations on EU offices, a new report says.

The British daily The Independent reported on Sunday that Germany’s Office of the Federal Prosecutor is preparing charges following “fresh allegations that the [US and UK secret] services spied far more extensively than thought on German phone and internet traffic.”

On Monday, Germany announced that it was summoning the US ambassador over the breach in trust.

In another development, the German news weekly Der Spiegelaccused the US National Security Agency (NSA) of bugging EU offices in Washington, New York and Brussels.

The magazine said US spy agencies monitor about half a billion telephone calls, emails and mobile phone text messages in Germany every month, making it the most targeted state in the European Union.

Canada, Australia, Britain and New Zealand were not included in NSA surveillance operations but Germany was open for “spy attacks,” Der Spiegel added.

Reports last week revealed that the British spy agencies along with the Government Communications Headquarters (GCHQ) had tapped German phone and internet traffic, sharing its data with the NSA.

Meanwhile, French President Francois Hollande said on Monday that his country will no longer negotiate with the United States in any area without guarantees that spying has ended.

“There can be no negotiations or transactions in all areas until we have obtained these guarantees, for France but also for all of the European Union, for all partners of the United States,” Hollande noted.

The accusations against US and UK intelligence services came after secret US documents were released by former NSA contractor Edward Snowden.

The American whistleblower has assured that the information he obtained about US surveillance programs will continue to be published.

In the beginning of June, Snowden leaked documents that revealed the NSA and the Federal Bureau of Investigation (FBI) have been secretly gathering information of American citizens and other people all around the world.