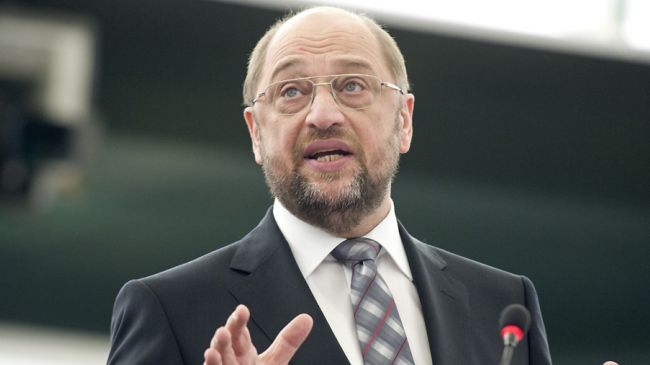 US must clarify reports of spying on EU offices, European Parliament says

The head of the European Parliament has demanded that the United States provide full clarification over a report disclosed by American whistleblower Edward Snowden alleging that Washington spied on EU offices.

Martin Schulz said on Saturday that the revelation would have severe impacts on the ties between the EU and the US if proven true.

“On behalf of the European Parliament, I demand full clarification and require further information speedily from the US authorities with regard to these allegations,” Schulz stated.

Former US defense analyst Wayne Madsen told Press TV on Saturday that some European countries, including France, Germany, Spain and Britain, have secret agreements with Washington to hand over the private data of their citizens to the National Security Agency.

Snowden is currently in a transit zone at Domodedovo International Airport in the Russian capital, Moscow, after the United States revoked his passport to prevent him from travelling further. Snowden has asked Ecuador for asylum.

In the beginning of June, Snowden leaked documents, which revealed that the NSA and the Federal Bureau of Investigation (FBI) have been secretly gathering information of American citizens and other people all around the world.