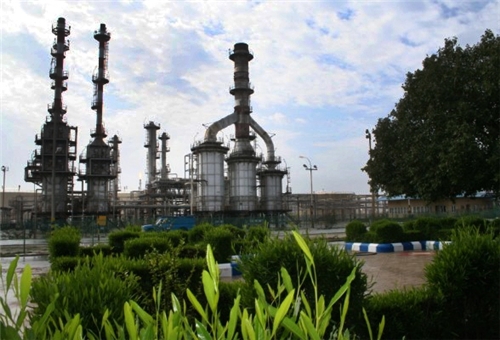 TEHRAN (FNA)- An Iranian refinery has sued a French company for violating its contract terms on the transfer of a gasoline production license, the refinery’s managing director said Saturday.

Managing-Director of Lavan Oil Refining Company Mohammad Ali Dadvar told FNA on Saturday that a French company had undertaken to issue a license for euro-4 gasoline production in the Iranian refinery, “but it refused to grant us with the license after the sanctions”.

“Hence, we indigenized the license and at the same time filed a lawsuit against the French company,” he added.

Dadvar said that Iran will claim compensations from the French company which he did not name.

Earlier this month, Dadvar announced that Lavan oil refinery’s gasoline output has reached 2.8 million liters per day after the launch of operation of the different phases of its gasoline production unit.

“The gasoline production capacity of Lavan refinery increased from 1.08mln liters to 2.8mln liters by implementing these projects,” he said in a press conference in Tehran.

This boost in Lavan gasoline production has pushed the country’s daily output to 70mln liters per day, he mentioned.

Dadvar added that the refinery is also capable of producing 4mln liters of gasoil after the launch of the new phases.

The Upgrading plan of Lavan oil refinery as one of the Mehre Mandegar (lasting Kindness) projects in the refining sector plans to rise the refining capacity of the refinery by 50 thousand barrels per day. Raising daily production of LPG to 220 tons, gasoil to 1.8 million liters, jet fuel to one million liters, fuel oil to 1.6 million liters and sulfur to 30 tons are among the other targets of the plan.