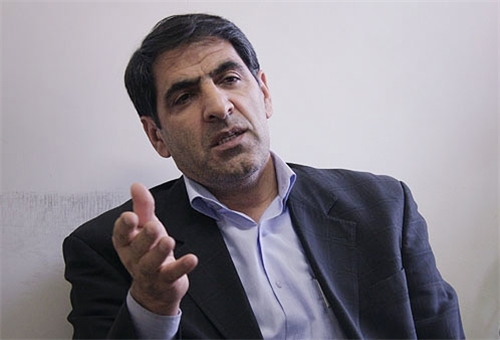 Advisor: Iranian president-elect to use all political views in gov’t

TEHRAN (FNA)- A senior advisor to Iran’s President-elect Hassan Rouhani underlined that Rouhani is insistent on using all political views in his government.

“The president-elect has announced that he will make use of all views and streams in the 11th government,” Javad Etaa’t said in Ramsar city, Northern Iran, on Saturday.

He pointed to the massive participation of the Iranian people and all political currents in the June 14 presidential election, and stressed, “No group or stream should be pushed aside for baseless reasons.”

Millions of Iranians on June 14 went to the polling centers to vote in the country’s 11th presidential and 4th city and village councils elections.

Polling stations opened at 8 am (0330 GMT) on election day and were scheduled to close at 6:00 pm (1330 GMT) before the Interior Ministry was made to extend the voting hours for several times due to the large voter turnout.

Polling was heavy since the very beginning. Reports from various media outlets said Friday morning that large numbers of people had queued behind closed doors before polling stations opened.

Thousands of additional ballot papers were sent to various Iranian cities after local electoral authorities from different constituencies across the country asked the Interior Ministry to send them more papers due to the unexpectedly large public turnout.

A number of 50,483,192 people were eligible to vote in the elections. 1.6 million youths came to be eligible to vote for the first time in their lives as the voting age in Iran is above 18 according to the law.

Iran’s Interior Minister Mostafa Mohammad Najjar announced one day after election that from a total number of 36,704,156 ballots cast in Iran’s 11th presidential election on Friday June 14, Rouhani won 18,613,329 votes while his main rival Mohammad Qalibaf could secure only 6,077,292 votes.