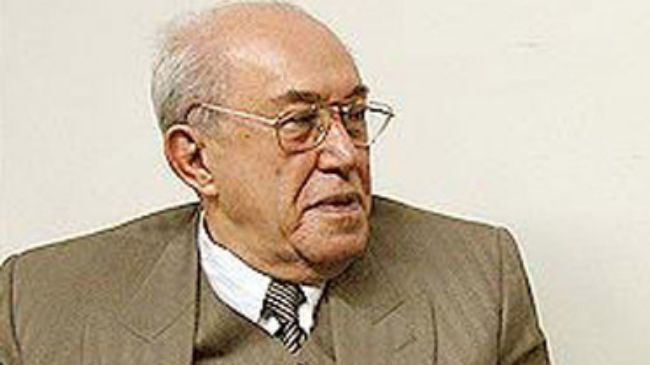 Ebrahimi was born in Uramanat, Iran’s Kordestan Province in 1926. Most of his family members were keen on music and he was encouraged to learn music as well.

He was 12 when his family moved to Tehran. He became familiar with Iran’s masters of music Abolhassan Saba, Hossein Tehrani and Gholamhossein Banan when he was young and received lessons from the maestros of those years.

He enjoyed a nice singing voice and gave his first performance on Radio Tehran when he was very young. He continued his cooperation with Radio Tehran and later collaborated with master of piano Morteza Mahjubi.

After 24 years of working in several offices in Tehran while he was giving his singing performances, Ebrahimi retired in 1980.

He dedicated most of his time to teaching Iranian radifs to interested individuals. The radifs are the total collection of more than 200 gushehs — traditional melodic entities — in all 12 dastgahs.

His funeral procession will begin at Tehran’s Vahdat Hall on June 27 and he will be buried in the Artists Section of Tehran’s Behesht-e Zahra Cemetery.