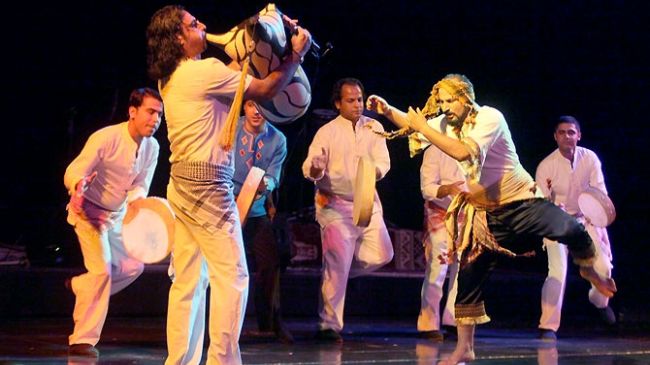 Iranian music ensemble Morvarid-e-Lian, led by Mohsen Sharifian is slated to present its programs in the Rainforest World Music Festival in Malaysia.

The group will compete with the world’s renowned music troupes from the United States, Denmark, Ireland, France, South Africa and many other countries.

The Iranian ensemble Lian is also programmed to hold several workshops on Iranian southern regional (Bushehri) music and musical instruments at the festival that will be held in the Malaysian city of Kuching.

The group has held concerts in some international events such as the 2006 World Cup in Germany, the 2008 Beijing Olympic Games, and the 2010 World Expo in China.

The ensemble has been honored in several festivals such as the 2012 World Music Expo, WOMEX where it received the Honorary Diploma of Greece Nations’ Friendship Association.

Morvarid-e-Lian is known for its traditional and regional music pieces from the southern province of Bushehr.

The music of Bushehr is appealing because the province has always hosted people of different regions and nationalities, Sharifian had earlier said.

The group usually performs pieces inspired by the works of great Persian poets such as Ferdowsi, Khayyam and Mowlavi.

They also introduce the religious music of Bushehr, which is a trance ceremony that uses drumming and dancing.

The Rainforest World Music Festival, also known as Jungle Village Festival, is an annual three-day music festival celebrating the diversity of world music and features a wide range of performances from traditional music, to world fusion and contemporary world music.

This year’s Rainforest World Music Festival is scheduled to be held from June 28 through 30, 2013.