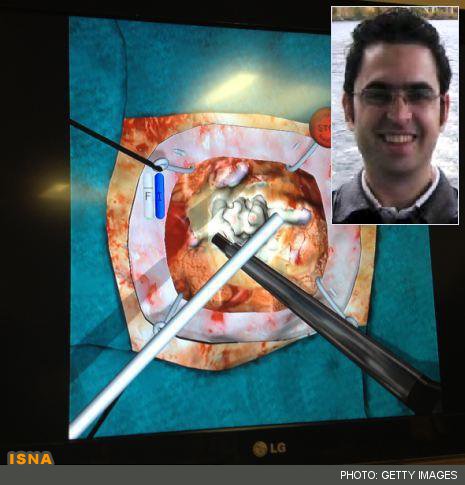 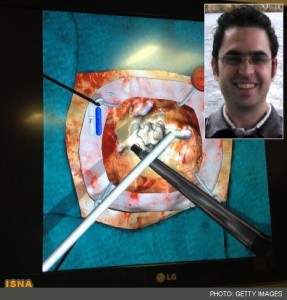 TEHRAN (ISNA)- A new surgery simulation tool designed by an Iranian researcher Hamed Azarnoush has been created that allows brain surgeons to develop their skills without having to risk the life of a real patient.

Dr. Hamed Azarnoush and other researchers at the Montreal Neurological Institute at McGill University, in Canada, are using the NeuroTouch Cranio, which is believed to be one of the most advanced brain surgery tools in the world.

The device allows doctors to work out how to carry out complex procedures without the need to involve a patient. The technology allows doctors to feel sensations similar to those felt during real brain surgery while they hold the surgical tools.

The device also includes a screen which shows a high-definition simulation of a brain tumour and the effect that the tools and surgery are having on the tumour and the surrounding brain.

“Our main goal is to improve the resident training. Previously, they were receiving that directly from the operating room,” Dailymail quoted Dr. Hamed Azarnoush as saying.

The simulator is currently being used in training studies and it will be several years before it can be used to train career neurosurgeons. The developers believe that it could eventually allow much earlier detection of which trainee surgeons will succeed and which will not. This would mean that less time would be spent training people who were not cut out for surgery.

During the next trial, students will operate on a simulation of a brain tumour that is bleeding uncontrollably.

The patient will die as the students work but they will be able to track the patient’s brain activity and heart rate.

This will allow the students to learn what stresses are involved in carrying out operations such as this, and how to deal with them.