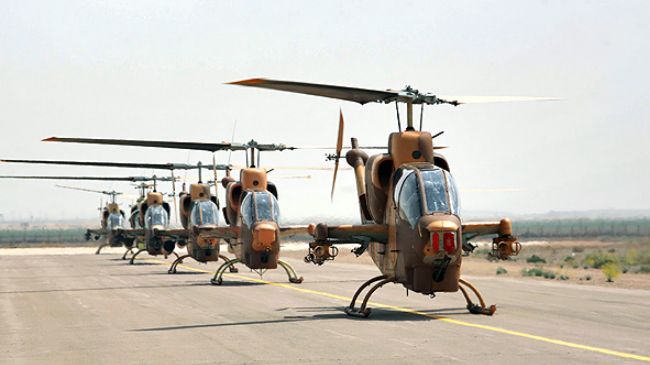 The commander of the Iranian Army’s Ground Forces says the country’s air force has achieved self-sufficiency in repairing helicopters.

“The [Islamic Republic of Iran] Army Aviation has reached a level of progress where it can repair its helicopters without any need for [assistance from] other countries,” Brigadier General Ahmad Reza Pourdastan said on Tuesday.

Pourdastan, who was visiting the Army Aviation’s base in Abyek, Qazvin Province, also praised the Iranian aerospace experts for their accomplishments

Over the past years, Iran has made important breakthroughs in its defense sector and unveiled a variety of domestically produced military equipment and systems, including tanks, sophisticated destroyers, submarines, unmanned aerial vehicles and advanced missile and radar systems.

The country has also held several military exercises to enhance the defense capabilities of its armed forces and to test modern military tactics and equipment.