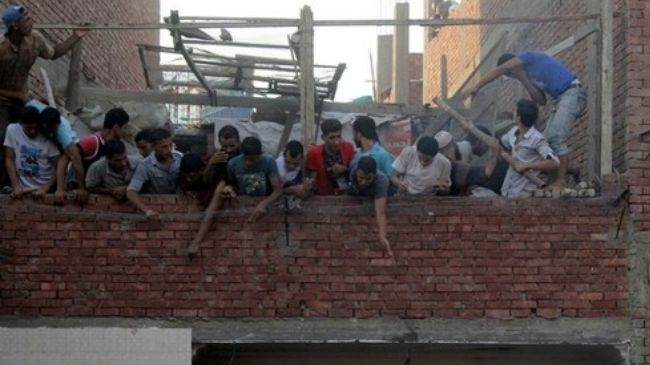 People look on as a mob attacks Shia Muslims in Egypt’s village of Abu Mussalam, June 23, 2013.

The Iranian Foreign Ministry has strongly condemned the recent killing of Shia Muslims in Egypt, saying that such actions run contrary to the tenets of Islam and the teachings of Prophet Muhammad (PBUH).

Iran’s president-elect says Tehran’s relations with Russia will take high importance during his term in office. The statement carried late Monday on the official website of Hasan Rouhani is the first to a permanent member of the UN Security Council, which along with Germany are in talks with Iran on the country’s disputed nuclear program. They follow Russian President Vladimir Putin’s congratulations on Rouhani’s June 14 victory.

Head of Iran’s Atomic Energy Organization in Russia for conference

Head of the Atomic Energy Organization of Iran (AEOI) Fereydoun Abbasi has arrived in Russia to participate in the International Ministerial Conference on Nuclear Power in the 21st Century.

Iran hopes to become a major exporter of vehicle fuels with the opening of more plants after it moved from dependence on imports to self-sufficiency, President Mahmoud Ahmadinejad told a state news agency on Tuesday.

The commander of the Iranian Army’s Ground Forces says the country’s air force has achieved self-sufficiency in repairing helicopters. “The [Islamic Republic of Iran] Army Aviation has reached a level of progress where it can repair its helicopters without any need for [assistance from] other countries,” Brigadier General Ahmad Reza Pourdastan said on Tuesday.