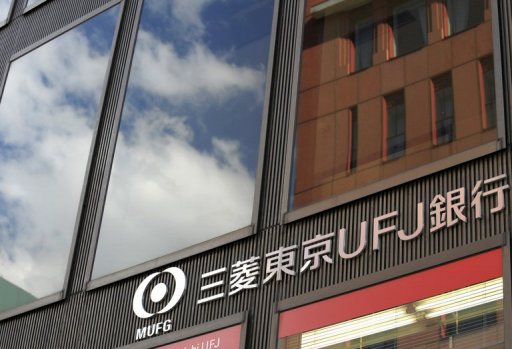 As I have pointed out before in this space, much of the most shocking evidence of America’s weakening position in the world these days gets swept under the rug in the mainstream press. We had another instance last week when a Japanese bank was found to have egregiously flouted the American-led financial embargo on Iran. The bank, a subsidiary of Mitsubishi UFJ Financial Group (MUFG), allegedly routed no less than 28,000 payments, worth about $100 billion, on behalf of Iran and other blacklisted countries.

In an earlier era, such a story would have led the network news bulletins and topped the front pages. Instead it passed almost unnoticed.

Yet the implications are hard to exaggerate. Japan after all is noted for  its ubiquitous regulation, and probably no Japanese industry is more closely regulated than banking.  Virtually everything that moves in Japanese banking has to be cleared first with  the Ministry of Finance. The ministry moreover plants its people inside all the major banks, not least MUFG, where one of the ministry’s  most formidable old boys, Toyoo Gyohten, acts as senior adviser. That is a big job in Japan and, contrary to Western logic, his primary function  is not to lobby the ministry on the bank’s behalf but rather the reverse — to make sure the bank toes the ministry’s line. Adding spice to this story is that, to Japan insiders, the ministry is by far the most formidable agency of Japanese power. Basically it is inconceivable that the ministry did not know what was going on.

Of course, MUFG is not the only bank that has been caught sanctions-busting. Two London-based banks, HSBC and Standard Chartered, have also been named by New York regulators.

There is, however, an important distinction in that Britain’s “light touch” regulatory oversight in recent decades has been among the most lax in the developed world. Certainly although both HSBC and Standard Chartered have long been noted for their mysterious success in Asia, it is probably a safe bet  that the Bank of England knew nothing of their Iran transactions.

For those with a long memory, there are echoes here of the Toshiba Machine case of 1987. On that occasion, a subsidiary of Tokyo-based Toshiba Corporation defied an American embargo on selling precision machine tools to the Soviet Union. The Soviets duly improved their techniques for machining propellor blades and rendered their submarines virtually undetectable to U.S. sonar technology. The breaching of the embargo was front page news for weeks and U.S.-Japan relations came close to rupture.

To say the least, it is an interesting reflection on how much behind-the-scenes leverage Tokyo now enjoys that no one in Washington (as opposed to the Cuomo administration in New York state, which went after MUFG) seems to have had much stomach for a fight.

It is clear that though the U.S.  Treasury has long known about MUFG’s sanctions-busting activities, it has taken a soft line. The problem is that the Treasury has the mother of all conflicts of interest: this is because it depends on Japanese purchases of U.S. bonds to finance about one-third of America’s gigantic current account deficits. Such purchases are subject to the Tokyo Ministry of Finance’s regulatory say-so. MUFG moreover enjoys formidable power elsewhere in the American system thanks not only to its ownership of UnionBank, one of California’s biggest banks,  but to its more than one-fifth stake in Morgan Stanley. Basically the United States is now the 97-pound weakling of global finance and as such has little recourse as sand is kicked in its face.

Where do we go from here? I have some questions in to MUFG and want to know in particular whether Toyoo Gyohten or any other senior figure will take the fall. I also have a call in to Benjamin Lawsky, who headed the New York state investigation. The question I would like to put to him is whether he will be taking any action against certain key individuals in MUFG’s New York operation who facilitated the scam.

I hope to have some answers next week. Stay tuned – but don’t hold your breath.