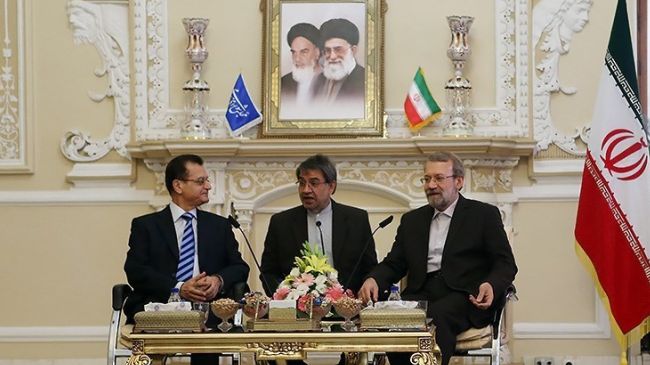 During a Sunday meeting with Iran’s Majlis Speaker Ali Larijani, Mansour said the Syrian crisis must end as soon as possible so that militants in the Arab state cannot achieve their destructive goals.

The people of Lebanon consider the Islamic Republic of Iran a brotherly nation … which has assisted the Lebanese in various difficulties, he added.

The Iranian Majlis Speaker for his part said instability is harmful for all Muslims, noting that certain regional countries as well as transregional states must not be allowed to hurt the region.

“The terrorist activities of extremist groups in Syria will cause many problems for the region in the future,” Larijani added.

Many people, including large numbers of Syrian soldiers and security personnel, have died in the foreign-sponsored militancy in Syria since March 2011.

Foreign-backed Takfiri militants fighting in Syria have been blamed for a number of rocket attacks along the Lebanese border.