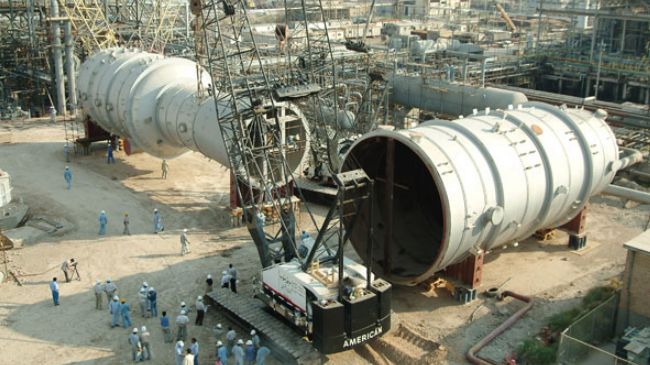 Iran to sue European, US firms for breaching refining contracts

An Iranian deputy oil minister says Tehran is taking legal action against European and American companies for their failure to honor refining contracts with Iran.

“Iran will file a complaint against European and American companies for their non-compliance with [the terms of] their contracts with Iran for the implementation of refining projects,” Alireza Zeighami said on Sunday.

The official stated that the said companies had signed agreements with private refineries which are officially exempt from US-engineered sanctions targeting Iran’s energy sector.

Zeighami, who is also managing director of National Iranian Oil Refining and Distribution Company (NIORDC), added that the Islamic Republic has pushed ahead with its refining projects even in the absence of foreign companies.

The United States, the Israeli regime and their European allies have repeatedly accused Iran of pursuing non-civilian objectives in its nuclear energy program.

Over the false allegation, Washington and the European Union have imposed a series of illegal unilateral sanctions against the Islamic Republic’s oil and financial sectors.

Iran rejects the allegation over its nuclear energy program and argues that as a signatory to the Non-Proliferation Treaty and a member of the International Atomic Energy Agency, it is entitled to develop nuclear technology for peaceful purposes.