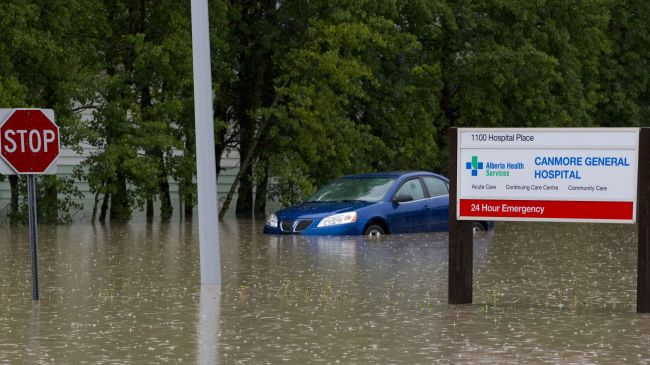 Tehran has extended deep sympathy to the Canadian people as well as the Iranian diaspora in the country over the loss of life and material damage caused by Friday’s heavy flooding in Canada.

Iranian Foreign Ministry Spokesman Abbas Araqchi on Saturday expressed sorrow on behalf of the Iranian nation to the victims of the tragedy, which has left large numbers of people homeless in western Canada.

Iran is ready to dispatch relief aid, via the nation’s Red Crescent Society, to the Canadians as well as the Iranian expatriates affected by the devastating floods, he added.

Heavy floods caused by torrential rain in Canada on Friday left at least three people dead, forced the evacuation of tens of thousands of residents, and shut down the Canadian oil capital of Calgary.

The bodies of two men were found near High River, Alberta, a town located about 60 kilometers south of Calgary, the Royal Canadian Mounted Police (RCMP) reported.

The RCMP also said that two other people were missing.

Officials in the western Canadian city also ordered the evacuation of its downtown, following the overflow of the Bow and Elbow rivers that run through it.

School classes and court trials were cancelled, electricity was cut off, and the transit service was shut down in the area, reports say.

“Members of the RCMP and the Canadian Armed Forces are already on the ground helping with search and rescue, evacuation, and other logistics, and our government stands ready to provide all the support required,” Harper said in a statement.