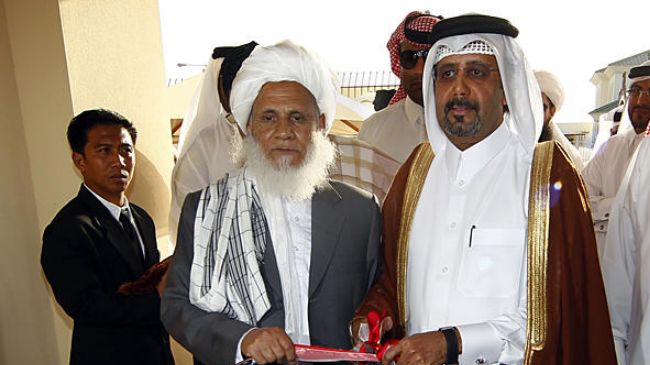 Iran slams negotiations between US and Taliban in Qatar

Iran Foreign Ministry Spokesman Abbas Araqchi says Tehran is opposed to negotiations between the United States and the Taliban militants in the Qatari capital of Doha.

“We believe that imposed negotiations masterminded by foreigners ignoring Afghanistan’s national interests and expediencies, and without presence of the representatives of the country’s people will not yield any results,” Araqchi said on Saturday.

US Special Representative on Afghanistan and Pakistan James Dobbins, who is in charge of nascent dialogue with the Taliban, arrived in Doha to hold controversial peace talks with the militant group.

President Barack Obama’s administration has supported peace talks with the Taliban after the US-led forces lost ground against the militants in recent months across Afghanistan.

The Iranian official added that Afghanistan’s crisis does not have a military solution, expressing satisfaction that the international community has admitted the inefficiency of the military approach.

Araqchi stated that Tehran supports negotiations between different Afghan groups within the framework of the country’s national interests and conducted by the country’s government.

He added that the Afghan nation does not need a foreign custodian to conduct national reconciliation talks.

On Thursday, Afghan Foreign Ministry released a statement expressing Kabul’s anger and frustration at the opening of Taliban office in Qatar.

“The manner in which the office was established was in clear breach of the principles and terms of references agreed with us by the US government,” the statement read.

President Hamid Karzai has also announced that his government will not join any US negotiations with the Taliban unless the talks are led by the Afghans.

Meanwhile, Afghanistan’s High Peace Council stated that none of its members will travel to Qatar to sit at talks with the Taliban.

The United States and its allies invaded Afghanistan in 2001 as part of Washington’s so-called war on terror. The offensive removed the Taliban from power, but after more than 11 years, insecurity remains across the country.