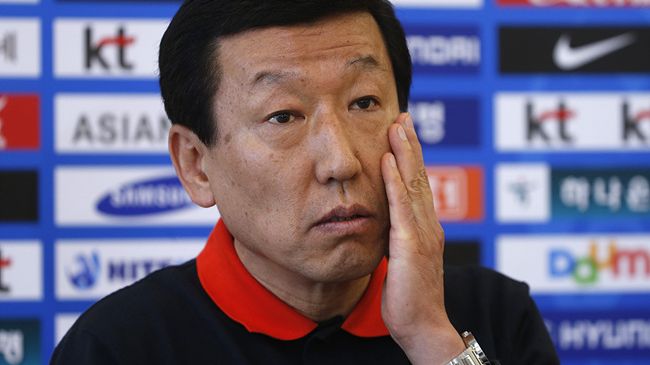 South Korean national football team’s coach Choi Kang-hee has stepped down following the 1-0 defeat at home to Iran during a qualifying match for the 2014 FIFA World Cup in Brazil.

On Wednesday, Korea Football Association (KFA) confirmed Choi’s exit, and began the search for a replacement to lead the squad in next year’s tournament.

“The KFA has decided to accept Choi’s wish to resign at the end of his contract after having completed the team’s qualification for Brazil in 2014. We thank him for his efforts and wish him well,” Korea Football Association said in a statement.

Choi came on board in December 2011. Hong Myung-bo, who coached South Korea’s Olympic team to a bronze medal at the 2012 London Games, is one of the “strongest candidates” to replace Choi.

Huh Jung-moo, vice president of the KFA, told a news conference that they would hold discussions and make a formal announcement about a new coach early next week.

On Tuesday, Iran secured its place at the FIFA 2014 World Cup after it registered a 1-0 victory against South Korea at Ulsan World Cup Stadium.