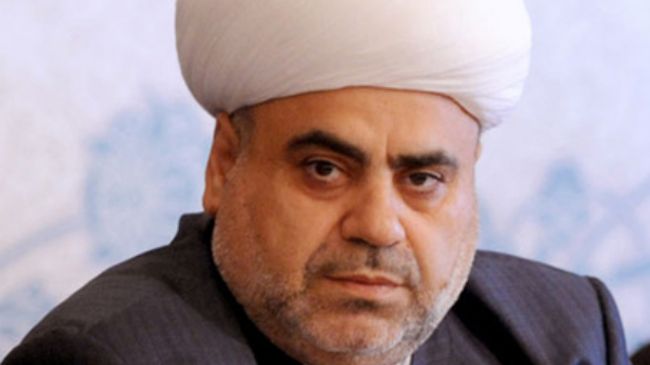 The chairman of the Caucasus Muslims Office has congratulated Iranian President-elect Hassan Rohani on his victory in Iran’s 11th presidential election.

In a congratulatory message, Sheikh-ul-Islam Haji Allahshukur Pashazadeh extended his heartfelt felicitations to Rohani and described him as the guardian of religious values and a prominent politician who has played a significant role in promoting and defending the rights of the Iranian nation.

We are confident that with your experience and special prudence, you will help the Islamic Republic further develop and achieve successes, and you will also reinforce Iran’s position on the international arena, he said.

He also expressed hope that Rohani will spare no efforts to help consolidate solidarity and develop friendly and brotherly ties between the nations and governments of Iran and Azerbaijan.

Nearly 50.5 million Iranians, including more than 1.6 million first-time voters, were eligible to participate in the presidential election. The voter turnout in the election was 72.7 percent, according to the Interior Ministry.