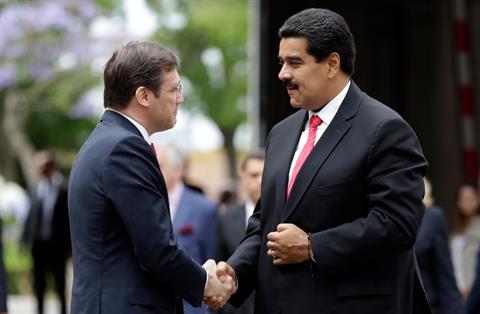 Maduro announced plans for a meeting through Twitter on Tuesday, saying that he recently spoke with Rowhani and they agreed to meet. He did not offer details.

Venezuela deepened trade with Iran under the leadership of the late president Hugo Chavez. Iranian companies were enlisted to help build public housing in the South American country.

Iran and Venezuela also launched joint ventures including a tractor factory and dairy plants, and the two countries have been united in their opposition to what they say is Washington’s hegemony in international affairs.