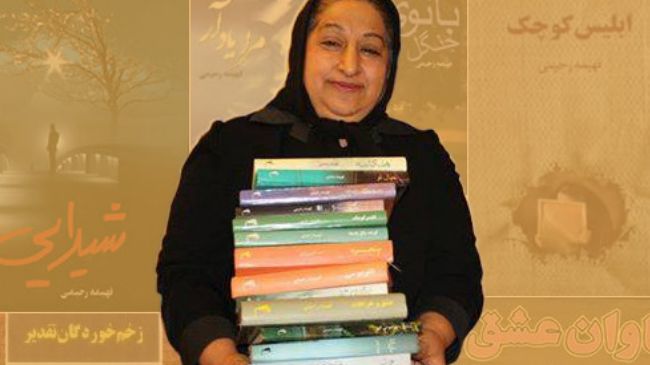 Iranian woman fiction writer Fahimeh Rahimi has passed away due to gastric cancer at the age of 61 in the capital city of Tehran.

The novelist Rahimi who was staying at Tehran’s Mehr hospital, met her death there on Tuesday morning, June 18, 2013.

The author Rahimi was suffering from the disease for three years, said her son Babak Shirazi.

Born in Tehran, Rahimi gained national attention with her popular romance-suspense books during 1980s and 1990s.

Love and Superstition, A Tower in Fog, Autobus, The Lady of Jungle, Return to Happiness and Nights of Loneliness are among her better known works.