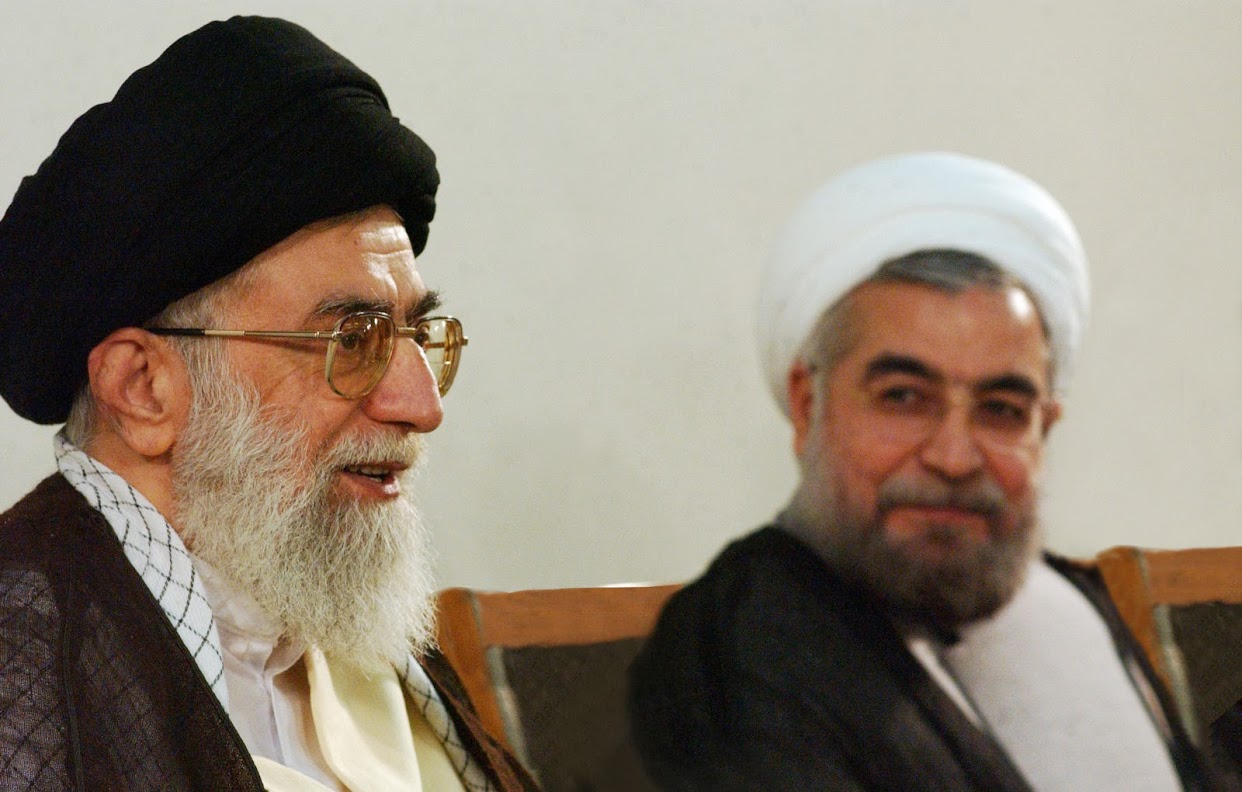 Rohani vows to reset Iran’s relations with the world

Iran’s President-elect Hassan Rohani said his win was a ‘victory for moderation’ and vowed to soothe tensions with the US and factions inside Iran.

Iran’s President-elect Hassan Rohani has promised to use his victory to transform the Islamic Republic’s relations with the outside world and with its own citizens.

Three days after a stunning upset at the polls, Mr. Rohani proclaimed a “victory for moderation…not extremism” that he said will begin to repair everything from stalled nuclear talks to US-Iran hostility to Iran’s caustic internal divisions.

The first-round triumph for the centrist cleric, who won 50.71 percent of the tally against five conservative candidates, prompted jubilant street scenes across Iran. Rohani thanked Iranians for “creating these unforgettable days” at his first official press conference in Tehran today, where the gray-bearded revolutionary who earned his PhD in Scotland joked with journalists from behind a wall of microphones.

“This was not only an election… This was also a declaration of trust, of active participation, and beginning a new chapter,” said Rohani. “Everybody was saying that the era of sorrow is coming to an end… Everyone was victorious.”

Rohani will not be sworn in until Aug. 3. And even after that, all final decisions of state will still be made by Iran’s Supreme Leader Ayatollah Ali Khamenei, who portrayed the vote as crucial to defeating “enemies” and restoring regime legitimacy after fraud and violence-tainted elections in 2009.

But Iranian presidents have traditionally been able to set the political tone and granted certain leeway. Rohani – a former nuclear negotiator close to Khamenei who was active in Iran’s Islamic revolution long before it took power in 1979 and has been in key positions ever since – could not have been clearer in his intention to steer the Islamic Republic along a new path.

Rohani, who will replace the combative President Mahmoud Ahmadinejad, said the “opportunity for interacting with the global community has been created by the people,” and called on other nations to “take advantage” of the change. Among conciliatory words for friend and foe alike, Rohani discussed easing 34 years of mutual hostility with the United States.

“This is a very old wound…and we need to think about somehow healing this injury,” said Rohani, who was nicknamed the “diplomat sheikh” a decade ago. “Wisdom tells us both countries need to think more about the future [and a] way to find solutions to past issues.”

Rohani said he’d like to see an express declaration by the US to “never interfere” in Iran’s domestic politics, recognition of Iran’s right to enrich uranium for peaceful purposes, and an end to what Iran sees as unilateral “bullying.” In exchange he said Iran might make “confidence building” gestures of its own.

But those have been sore points for decades in Washington, where Iran is accused of meddling against US interests in Syria, Iraq and Afghanistan and is often charged with pursuing a nuclear weapon – an allegation that Iran denies.

Rohani also pledged to take steps that would help ease economic sanctions that he called “oppressive and unjust.” A raft of global measures engineered by the US and European Union over the nuclear issue have targeted Iran’s oil exports, central bank and financial transactions.

“Our nuclear programs of course are completely transparent, but we are ready to show more transparency,” said Rohani.

Rohani and all senior Iranian officials say they reject nuclear weapons, but have not answered outstanding questions about possible past weapons-related work or provided access to Parchin, a military site of particular interest to the International Atomic Energy Agency (IAEA).

“We should build mutual confidence and trust between Iran and other countries,” added Rohani.

The comments signal a likely shift in Iran’s tactics at nuclear negotiations with the P5+1 group (the US, Russia, China, Britain, France and Germany) that have stalled after 1.5 years. Iran’s current nuclear negotiator Saeed Jalili, a presidential candidate who came in third, was criticized by fellow conservatives for being “inflexible” in the talks.

Washington and European capitals have reacted tepidly to Rohani’s victory with a “show me” tone. Secretary of State John Kerry praised the Iranian people and said: “President-elect Rohani pledged repeatedly during his campaign to restore and expand freedoms for all Iranians. In the months ahead, he has the opportunity to keep his promises to the Iranian people.”

Supreme Leader Khamenei will make final decisions on nuclear tactics and strategy, but the campaign clashes over the issue, and Rohani’s forthright comments today, indicate that Khamenei may be using the surprise election result to adjust policies that have failed to yield results.

Rohani said that after the vote Iran was in a “new and special situation,” and that it could take “many more confidence-building measures.” He also said that “hopefully” talks with the P5+1 would be “more dynamic,” but that Iran’s rights will “always be respected” in any deal to limit Iran’s nuclear work to peaceful uses.

Stitching Iran back together

Rohani also pledged to bridge social and political divides that have been pronounced since the late 1990s and were exacerbated during the 8-year presidency of Mr. Ahmadinejad.

During that time, and especially after the 2009 vote sparked weeks of street battles, reformists and the Green Movement were crushed and kept out of politics. Rohani said during the campaign that the two 2009 presidential candidates and Green Movement leaders that remain under house arrest, Mir Hossein Mousavi and Mehdi Karroubi, should not remain incarcerated. Today he said he was “confident” of their release at “the right time.”

Rohani thanked the moderates and reformists who voted for him but added “we should remember the fact that from now on I am president-elect of the entire Iranian nation.” He vowed that his new government would be a meritocracy “beyond factions.”

In a veiled reference to political infighting sparked by Ahmadinejad, Rohani said that he would personally “not allow anyone to be insulted.” Khamenei, Rohani and Iran’s most powerful players will hope that the widespread celebrations that greeted the election result will at least halt divisions, if not help foster a degree of unity.

“We have great people [and] if they have any comments or criticisms, we should not immediately label them enemies…. We need to attract the people,” said Rohani. “We have some enemies, but we need to try our utmost to make the enemy understand that they will have to bow down to the Iranian nation, not to show the dagger.”

The president-elect said he was impressed by the “zeal” he found days before the vote, especially among young Iranians, when he traveled to cities and towns.

“It means these people love their nation, love their country, love to see progress and to see a proud Iran,” said Rohani. “The enemy was witness to this power, and most definitely if there…are those thinking about future antagonism, they will not pursue that [because] the situation has changed from what it used to be.”